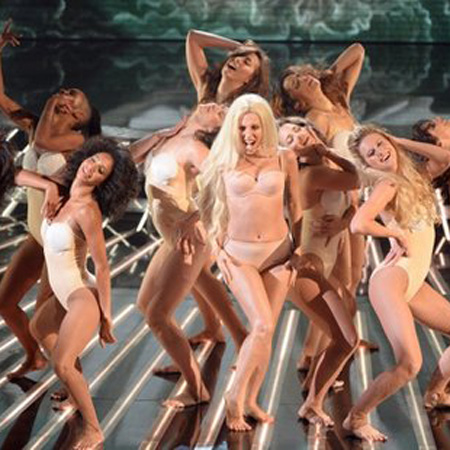 Viewers have complained about Lady Gaga's performance on the X Factor  Photo: Courtesy

Around 200 people contacted the broadcasting watchdog about her outfit of shells and flesh-coloured underwear.

"We will assess all the complaints received on this issue before deciding whether to investigate," said a spokesman.

Another 60 viewers have complained directly to ITV about the singer's appearance, before the 9pm watershed.    We will assess all the complaints received on this issue before deciding whether to investigate

An ITV spokeswoman said: "We do not believe Lady Gaga's performance was inappropriate for the family audience of the X Factor Results show, which has an established tradition of featuring performances from the biggest music stars.

In 2010, The X Factor final featured Christina Aguilera in a routine which was described as being "at the very margin of acceptability" by Ofcom.

A report said the "sexualised" pre-watershed scenes led to 2,868 complaints to the media regulator after Aguilera wore a short black dress while her female dancers wore suspenders, bra tops, fishnet stockings and basques.