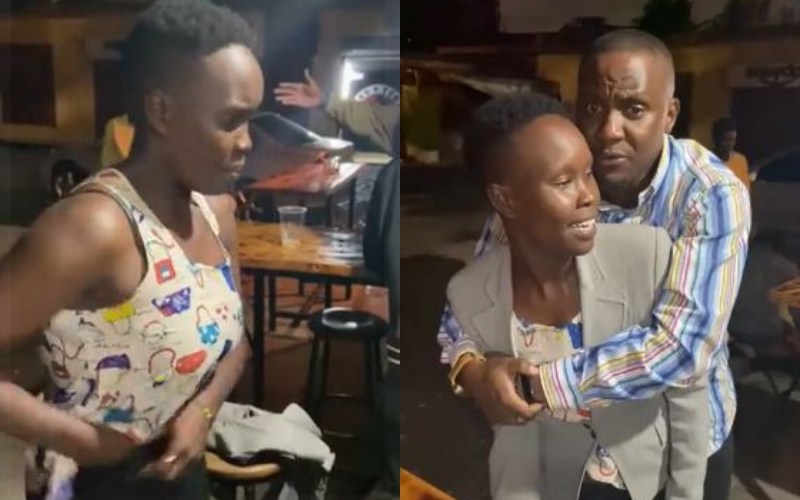 The National Police Service (NPS) on Tuesday distanced itself from a woman whose video went viral on social media as she threatened to arrest revelers.

Through a statement seen by Standard Entertainment, NPS said the lady is not a police officer but an enforcement officer working for the Nairobi Metropolitan Services (NMS).

"The impression created by the clip supposes that the said lady is a police officer misusing her law enforcement powers.

"This is to confirm to the public that the said lady as portrayed is not a police officer under the NPS as believed but an enforcement officer working for Nairobi Metropolitan Services (NMS). Any claim made by her being a police inspector is viewed as impersonation of a police officer," read the statement signed by police spokesperson Bruno Shioso.

Further, Shioso said NPS officers are seconded to NMS to perform some specific tasks, including training, and are ‘proudly discharging their mandate in compliance with the law.’

In the video that did rounds on social media, the lady was seen arguing and threatening revelers, claiming she would arrest them for defamation.

“I am going to arrest you for defamation. I don’t know you but I will arrest you. If I come to arrest you don’t ask me to show evidence. Si amerecord?

“He has all the evidence…” she said.

Viola Davis' Grammy win for audiobook makes her an EGOT
Showbiz
By AP
12h ago
Tems writes her name in Grammy history as first Nigerian female to win
News
By Fay Ngina
15h ago
Exploring Amboseli on a hot air balloon
Lifestyle
By Jayne Rose Gacheri
17h ago
List of Grammy winners in top categories
News
By AP
20h ago
Beyonce breaks Grammys record, is now most-decorated artist
News
By AP
20h ago
.