International movies with a Kenyan touch 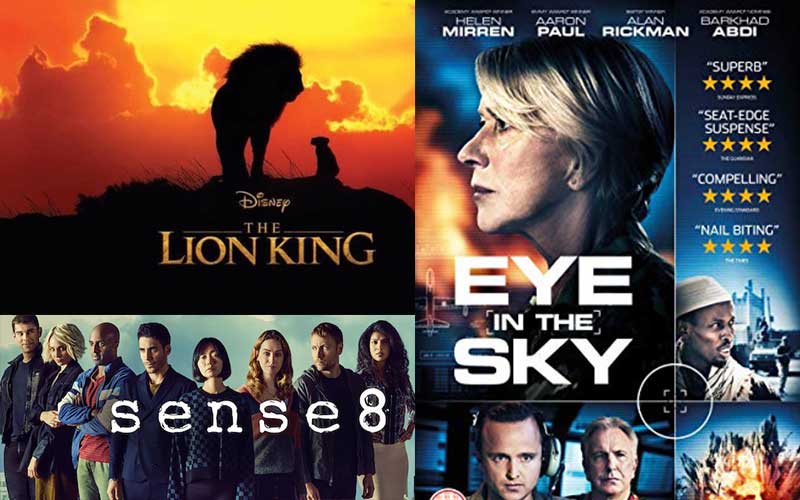 When word went out that the logo of Magical Kenya was on ‘The Lion King’ backdrop banner during the London premiere of the film, netizens could not hide their joy in praising Magical Kenya for putting the country on world’s map by sponsoring the movie premiere.

What some may not be aware of is the fact that according to the National Geographic, the much-anticipated film was inspired by the Hell’s Gate National Park in the Great Rift Valley, Naivasha, Kenya which is known for its scenic sights, wildlife, rock climbing, cycling and the home of the real ‘Pride Rock’ in the film.

Here is a list of some international recognized movies/series that have been filmed in Kenya or have some Kenyan aspect in them;

According to the National Geographic, the animators of Disney’s The Lion King traveled to Hell’s Gate National Park to get a feel for, as Mufasa (a character in the film) puts it, the great circle of life. Hell’s Gate National Park in Kenya’s Great Rift Valley, is one of the only places in East Africa where you can hike the totality of a park. This provided a great time for the animators to fully immerse themselves in the park for an inspiration of the film.

This Science fiction series focuses on a group of young people from around the world, suddenly linked mentally, after a rebirth, and they struggle to figure out why they have such a connection. This Netflix film had fans in Nairobi watch Season One religiously simply because some of the scenes were recorded in Kenya’s capital and had featured a few of our local celebrities. According to one of the series’ producers, Ginger Wilson of Ginger Ink, many more Kenyans worked as part of the production, either insecurity (including Kenyan Police whom she says were most cooperative) or as drivers, caterers and other sundry jobs.

Written, directed and co-produced by Nathan Collett in collaboration with the locals of Kibera, this award-winning short film is set in the Kibera slums in Nairobi, Kenya. Even though the story may be fictional, the circumstances depicted in the story are not. They are actual happenings in Kibera slums. Which gives this film an intimate connection with Kenyans.

Although the scenes in this 2010 Sci-Fi thriller featuring Leonardo DiCaprio were not actually filmed in Kenya, they totally have a Kenyan touch in them. For instance props like Kenya’s leading local Swahili daily Taifa Leo and one of the buildings in the backdrop has a vernacular Kikuyu name, “Nyoike Limited Kenya.” It turned out the scene was actually shot in Tangier’s Old Souk in Morocco.

Tomb Raider: The Cradle of Life

Looks like the beautiful Hell’s Gate National Park located in Naivasha will continue to inspire international film producers. The Spectacular scenery including the towering cliffs, water-gouged gorges, stark rock towers, scrub clad volcanoes and belching plumes of geothermal steam attracted the producers of this Fantasy/Thriller 1hour and 57minutes long film. In the movie, Kenya’s tribesmen of the Pokot tribe played a role as the mysterious tribe discovered in Africa by the tomb raider Lara Croft.

Eye in The Sky

Even though this 2015 film by South African film director, Gavin Hood, was not shot in Kenya, the set was inspired by Kenya’s capital, Nairobi. In the film, a commanding military officer tasked with the operation of capturing al-Shabab terrorists in Kenya finds herself in a dilemma when a small innocent girl enters the kill zone.

'Dr. Phil' talk show to end daytime TV run after 21 years
News
By AP
58m ago
'Dances With Wolves' actor due in court in sex abuse probe
News
By AP
1h ago
Practical tips for saving money on everyday expenses in Kenya
Life Hacks
By Fay Ngina
1h ago
Beyonce announces much anticipated 'Renaissance' world tour
Showbiz
By AP
5h ago
Michelle Obama launching podcast based on 'Light We Carry'
News
By AP
5h ago
.