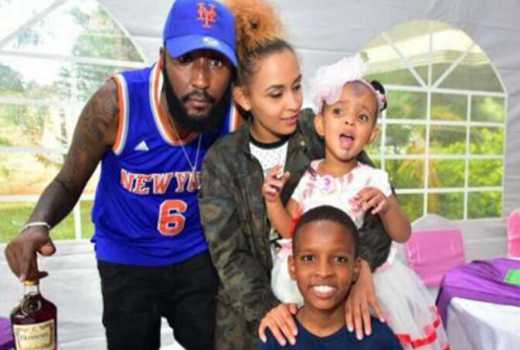 Unlike most parents who toil all their lives to make sure their children are taken care of when they die, Shaffie Weru is of a different school of thought. That will not be the case for his kids.

The media personality revealed that he has given his children the best opportunities for them to make it in life and not depend on inheritance.

‘’For my kids, I give them shelter, take them to great schools and if they think nitadedi niwaachie doo, watashangaa. Doo watafute yao. That’s my motto.’’ He said.

‘’Sometimes I go broke very badly but when I have money I spend it. Coz you never know what to expect tomorrow and I don’t want to be that guy that left money stashed in the mattress or in the bank.’’ He added.

The Kiss 100 radio presenter has three kids. Two daughters Milan who is 13, Nia who is 4 and a boy who he adopted by the name Tyron who just turned 10.

Shaffie was living with his baby mama Jada before they parted ways recently after a four-year relationship.

Tyre Nichols' brutal beating by police shown on video
News
By AP
2h ago
Marriage on rocks: Many women just want a child, not a man
Lifestyle
By Peter Muiruri
6h ago
Tems becomes first Nigerian to be nominated for an Oscar
News
By Kirsten Kanja
7h ago
Japan launches whale meat vending machines to promote sales
News
By AP
8h ago
Jay Leno breaks bones in motorcycle wreck months after fire
News
By AP
8h ago
.