President armed? Photo of Uhuru with a gun surfaces online

News
By Too Jared | Oct. 1, 2017 | 1 min read
A photo of President Uhuru Kenyatta with a firearm has surfaced online  Uhuru is seated holding a set of earmuffs, at his waist is what looks like a shotgun It is not clear if the President used the alleged firearm himself

President Uhuru Kenyatta loves excursions once in a while to unwind and let the steam off the hot trail of Kenyan politics.

It is thus no wonder that a photo has surfaced online of the president supposedly armed at an alleged shooting range.

In the undated photo, President Kenyatta is seated holding a set of earmuffs. A closer look at his waist as his shirt bulges out, is what looks like a shotgun.

It is however not clear if the President used the firearm himself. 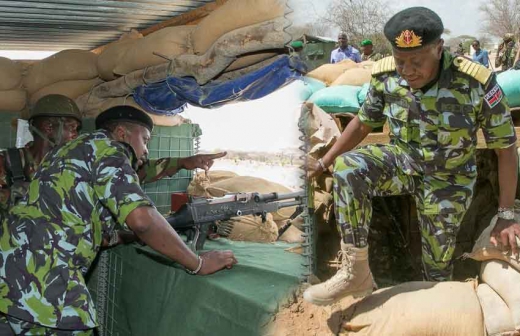 Prior to the Supreme Court ruling over the August 8 elections, President Kenyatta and his wife First Lady Margaret Kenyatta had gone on an excursion to a watering hole in Tsavo.

He had then tweeted that they were sharing moments with Kenya’s magnificent national heritage as he awaited the conclusion of the judicial process. 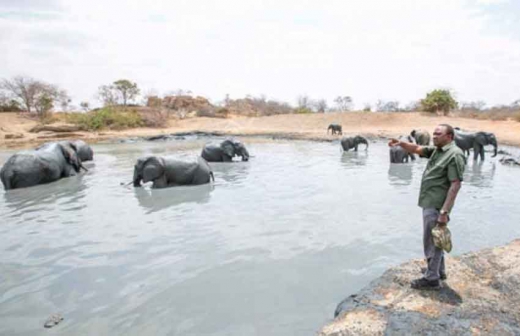 His re-election was later annulled by the court.

Kenya's mitumba make it to Paris Haute Couture Fashion Week
News
By Peter Muiruri
3h ago
Bien explains why Chiki chased fan who was grinding on him
News
By Vincent Kejitan
3h ago
Tiger on the loose in South Africa successfully captured
News
By AP
6h ago
Parenting dilemma: Adult children who won't move out
Lifestyle
By Peter Muiruri
6h ago
I thought it would get easier but it hasn't: Kasavuli's son pens tribute
News
By Vincent Kejitan
9h ago
.