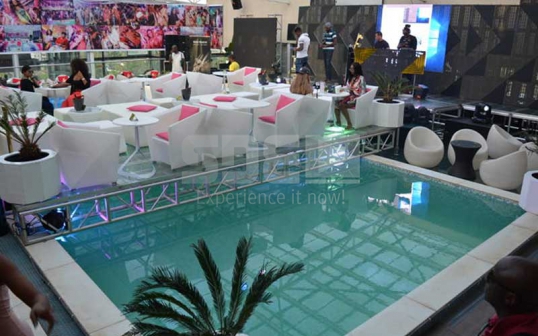 B-Club owner Barry has dismissed reports doing rounds that a man was electrocuted at the club’s swimming pool in Nairobi’s Kileleshwa.

In an interview with a local news website, Barry sought to point out that the man was Spanish and actually worked for him and was an expert swimmer.

Narrating the incident, Barry stated that the victim allegedly slipped and knocked his head on steel scaffolding and went under water. He was saved by onlookers.

The event was also held to celebrate B-Club’s 2 year anniversary in business as one of the top clubs in the Nairobi party scene.

Kenya's mitumba make it to Paris Haute Couture Fashion Week
News
By Peter Muiruri
3h ago
Bien explains why Chiki chased fan who was grinding on him
News
By Vincent Kejitan
3h ago
Tiger on the loose in South Africa successfully captured
News
By AP
6h ago
Parenting dilemma: Adult children who won't move out
Lifestyle
By Peter Muiruri
6h ago
I thought it would get easier but it hasn't: Kasavuli's son pens tribute
News
By Vincent Kejitan
9h ago
.