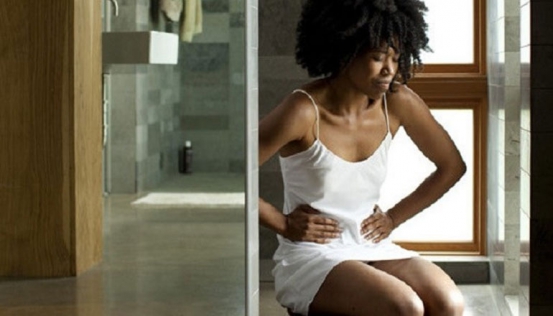 Why are men so repulsed by periods? It is incredible that at this day and age, there are men out there who wrinkle their noses in disgust when periods are mentioned. How is it possible that they are embarrassed about the most natural thing in the world?

Why is there no shame and embarrassment attached to getting a nose bleed but when a girl gets her period she becomes the butt of jokes? We get periods. Grow the hell up and deal with it! Why do grown ass men with beards turn into little boys when periods are mentioned?

It is unfortunate that women have been made to feel self-conscious around men when they are on their periods because men supposedly find them yucky and icky. We can’t talk to them about periods. We dare not mention that is that time of the month if a man is around.

We are not supposed to complain about cramps. They will get uncomfortable and be grossed out and that is not right. Menstruation is private and inappropriate and should only be discussed in hushed tones behind closed doors with your lady friends and even then, you should use euphemisms like “aunt flo” or “women issues” or “mother nature”. How absurd!

Why something so natural is looked down upon completely eludes me. You’d think that because half of the world’s population goes through it, it’d be less taboo but oh no, we live in a world where something that is natural and healthy has been deemed shameful and disgusting.

We are expected to glide through life without a man ever knowing we get periods. These men think menstruation is dirty, and that by extension, women are dirty. There is nothing cringe worthy about periods. Reacting uncomfortably when a woman mentions menstruation causes her to believe that she should be ashamed of her body which is not true.

How many times have we heard a man reference a woman’s menstrual cycle as a weakness?

Sad to say but women themselves play a hand in perpetuating the taboo surrounding periods. It’s hard to show boys and men that periods aren’t something shameful when there are girls and women out there who aren’t able to embrace that fact themselves.

Don’t go out of your way to hide it. Staying mum about it will only reinforce the idea that periods are gross and disgusting. Periods are normal. If a man is being insensitive about it, call him out on his immaturity!