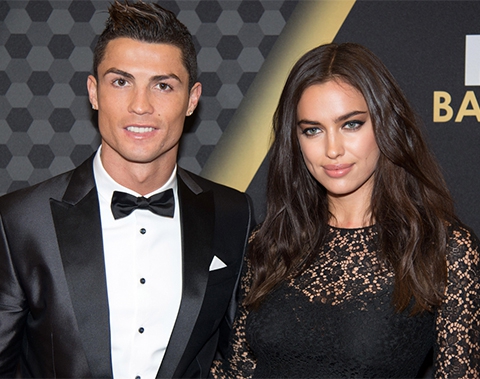 Footballer Cristiano Ronaldo was dumped by long-term girlfriend Irina Shayk after she claimed he cheated.

The pair called an end to their five-year relationship earlier this year and at the time said the decision was mutual.

But reports have now claimed Victoria's Secret stunner Irina dumped the Real Madrid star after finding messages on his phone from 'dozens of women'.

A source told The Sun: "For so long she trusted him and stuck up for him but now she feels completely let down and betrayed."

The publication also claimed the 29-year-old beauty, who is now dating Hollywood actor Bradley Cooper, received messages from anonymous women saying they had flirted with Cristiano.

Their relationship reportedly came to an end after Irina checked his mobile phone statements and discovered numbers attached to women from across the world.

The source added: "She immediately confronted Cristiano about it, but he initially denied any knowledge.

"After she explained to him what she had found he eventually admitted to messaging the girls.

"She couldn't believe it so immediately got out of the house. She ended the relationship there and then."

At the time news broke of their split in January, Cristiano said: "After dating for five years, my relationship with Irina Shayk has come to an end.

"We believed it would be best for both of us to take this step now."

In a written statement, he added: "I wish Irina the greatest happiness."

Last week Irina wiped all traces of the Real Madrid striker from her social networking sites.

Irina’s decision to clear her Facebook and Instagram accounts of picture reminders of their five-year relationship comes after she was snapped kissing American Sniper actor Bradley, 40, during a night out in New York last week.

Reps for Irina said they had no comment to make. We have contacted reps for Cristiano.

Hit Pause: How to avoid game-related injuries
Arts And Culture
By Boniface Mithika
12h ago
A look at Maureen Waititu's beautiful home
Lifestyle
By Nailantei Kenga
15h ago
Ways women compromise health for beauty
Lifestyle
By Nancy Nzau
16h ago
Blending business with leisure at airport hotels
Lifestyle
By Peter Muiruri
16h ago
'24, 'Runaways' actor Annie Wersching has died at 45
News
By AP
17h ago
.