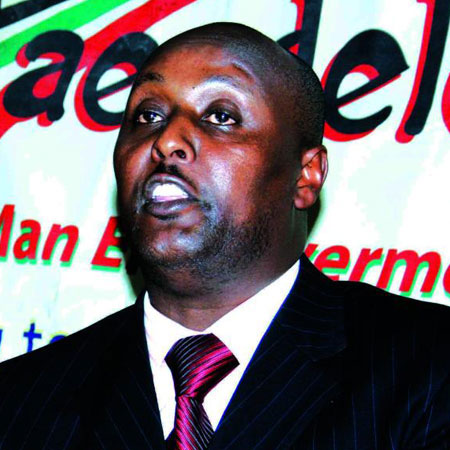 Following men rights activist Nderitu Njoka’s controversial call to have men boycott sex, kissing or coming in contact in any form with their spouses tomorrow, men have come out terming the announcement as ‘a showbiz act’.

Last week, the controversial Njoka said in marking the International Men’s Liberty Day, Kenyan men, married or single, should keep off women tomorrow as a protest towards “the rise of gender violence against men, including increase of drug and alcohol abuse among women”.

The move is also being used as a demonstration against the Government for setting aside up to Sh2 billion for sanitary towels “and not half of that for circumcision of men”.

“Men, according to the Koran and the Bible, are the heads of families, but today, they have been relegated to be necks, while women are taking over the world,” Njoka claimed.

However, the move is widely being seen as a publicity move meant to popularise the activist.