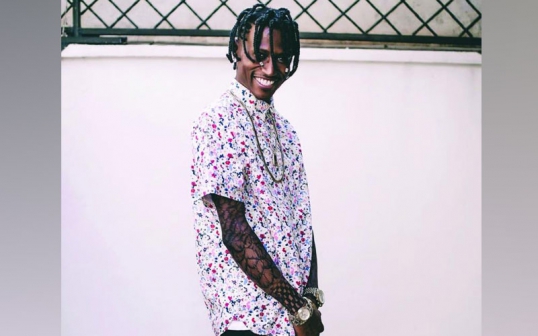 In a continued hip hop battle of supremacy, Octopizzo has taken Khaligraph aka Khali head on, making stinging remarks that may take the rappers’ war to a whole new level.

Performing at a huge event at the Kenyatta International Convention Centre (KICC) over the weekend, Octopizzo's opening lyrics: “Swag ni kuoga, sio kubleach” were obviously directed at Khali and set the venue ablaze as fans charged for more.

“And my next song is strictly for those who are proud to be black, those who have never thought of bleaching their skin,” he went on as the crowd cheered him on with animated applause.

Octopizzo was among the artistes who performed at the Telkom Kenya rebranding street bash held at KICC. Others included Sauti Sol, Mercy Masika, Avril and Kelele Takatifu.

Khali has been under attack from critics who believe he has lightened his skin, prompting Octopizzo's attack against him soon after the news came out.