At 21, he’s one of the industry’s new young faces.

Brahim Ouma, like any young actor in Kenya, has waited for his big moment on screen. The 21-year-old actor has featured in a number of commercials, short films and minor roles in TV shows like Famous.

In Pepeta, the latest Showmax Original, Brahim gets his biggest role yet, playing the lead character Junior, a boy of only 17, whose very complex and hopeless world ushers us into the realities of what it means to grow up in Africa’s largest slum - Kibera.

“As an upcoming actor, I’m really humbled that I got this role, because so many good young actors auditioned for it,” Brahim says, admitting that he was intimidated at first when he met his peers at the audition.

When the casting call for Junior was made, fifty young actors turned up to audition, a process that took 14 days to find the perfect fit, Pepeta casting director, Charles Ouda, reveals.

“We knew Brahim had something special when he came in for the callback,” says Charles. “He took direction well, and was constantly working on the life and journey of his character. He was willing to do the work and even grow his character’s relationships with everyone he was meant to interact with on screen.”

Pepeta is full of vibrant young actors between the ages of 12-25, who like Brahim are getting their first shot in a major production. For some like Eric Aswani, a 23-year-old footballer with dreams of turning pro, Pepeta is their first-ever acting role.

For them, this is their chance to prove themselves in an industry that has sometimes been accused of recycling the same ‘old’ faces. “I think it's about time,” Brahim says. “The younger generation have a lot to bring to the table - creativity, energy and zeal. And on behalf of young upcoming actors, I couldn't be happier to be part of this journey. We have a lot to learn, but so far so good.”

He adds, “More young people ought to be given opportunities, not just actors. We also have amazing young directors and scriptwriters.”

Brahim echoes the words of other young actors like Foi Wambui. Interviewed alongside her much-praised role in Crime and Justice, she previously stated that there is a lot of great young talent in Kenya. “Now more than ever, there are more opportunities for both young, emerging actors and those who’ve been in the industry for long. The industry is welcoming, but only the disciplined young actors will survive and thrive.”

In Pepeta, Junior, like Brahim, is a dreamer. He's book-smart and he’s a talented footballer, with so much to offer the world. “He hopes to attain his dream of one day becoming a footballer,” Brahim says.

He instantly connected to Junior’s story when he read the script. “I remember calling my parents to tell them that it seems that someone out there is trying to tell my story,” Brahim reveals. “The only difference is that acting was my football. You see the way football gives Junior hope; that was acting for me. It has been my redeemer.”

Brahim and Junior both come from humble backgrounds, but of course, Junior’s life in Kibera is far more desperate and disadvantaged, so that when hope runs out, crime becomes his only way out. At first this is as a means to an end, like to afford new soccer boots for a tournament, or new clothes, but in such situations, it’s hardly ever easy to come out once you dig yourself into a hole. Add a ruthless thug and a trigger-happy cop with a personal vendetta and survival becomes even tougher for Junior and his friends.

Pepeta is based on a real-life story, but even in such instances, rarely do actors get a chance to interact with the people they’re playing on set. For Brahim, it was a different story as Harun ‘Rio’ Wathari, the footballer whose story Pepeta is based on, was on set almost every day during the six-months filming of the show.

“It was a magical experience. I had to observe him and see how he walks, talks, just to learn a few things about him every day,” Brahim says. “We were also filming in real places where the events that happened in Rio’s life took place, and this just brought an authentic feeling to the characters, and to the story.”

Catch a new episode of Pepeta on Showmax every Thursday.

By Davis Muli Jan. 11, 2023
Zuchu can marry whoever she wants including Diamond, says Khadija Kopa 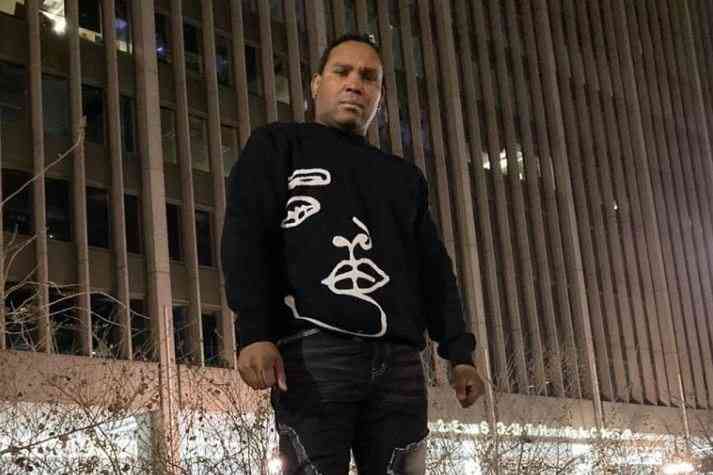