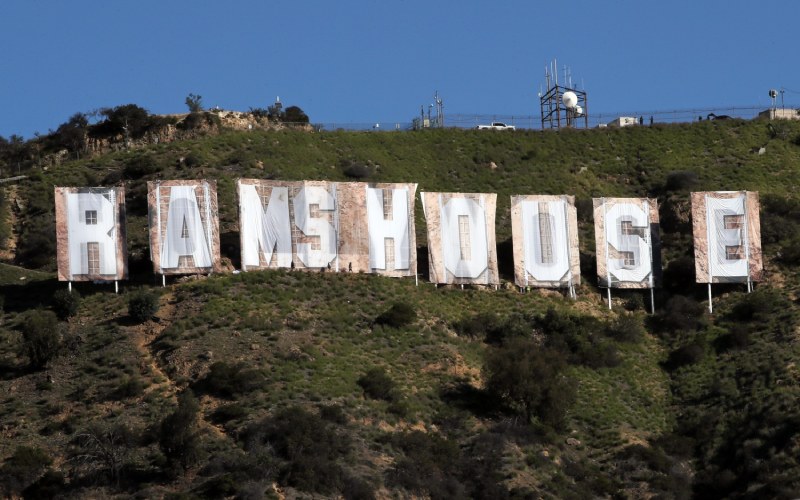 The Los Angeles landmark Hollywood sign was temporarily altered to read "Rams House" on Wednesday in celebration of the hometown team's victory in Sunday's Super Bowl.

Crews had been working since Monday to cover the 50-foot-high (15.2-m) white letters sitting atop the city's Mount Lee, where a version of the iconic sign overlooking Southern California's film-and-television hub was first erected in 1923.

By early Wednesday the new phrase could be seen for miles around, but not everyone thought the alteration worked.

Melissa Quintero, 33, visiting from Miami, said she had wanted to see the Hollywood sign, but she would come back.

"I came looking for the Hollywood sign, but it's not there right now, I guess, because there's a parade happening today," she said. "It's great, I mean, that they won the Super Bowl. ... It's pretty out here."

The Los Angeles Rams rallied late to beat the Cincinnati Bengals 23-20 on Sunday to deliver a Hollywood ending to the Super Bowl, securing the franchise's first championship since returning to the West Coast six years ago.