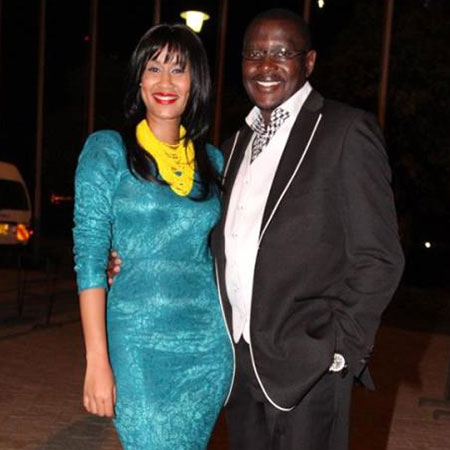 On November 30, a group of celebrities had to spend the night at Machakos County after being stuck in traffic for more than 12 hours.

Led by Music Copyright Society boss Maurice Okoth, his wife former Miss Kenya Shamilla Kiptoo and Nonini, they were in Machakos for a basketball tournament as part of Entertainment with Fun for Charity (EFC) group.

After a thorough beating by their opponents, who included high school and university students, the crew decided to cool off at the Machakos People’s Park.

Little did they know that they would spend not only the night there, but also part of Monday morning following an accident that blocked the highway.

Motorists reported a gridlock from about 10pm, with overlapping vehicles blocking the road.

Many took to social media to vent their frustration. Nonini, somehow, managed to penya past the gridlock.

This is not the first time the celebs were getting together for basketball tournaments.