I busted my wife with another man – Moses Kuria 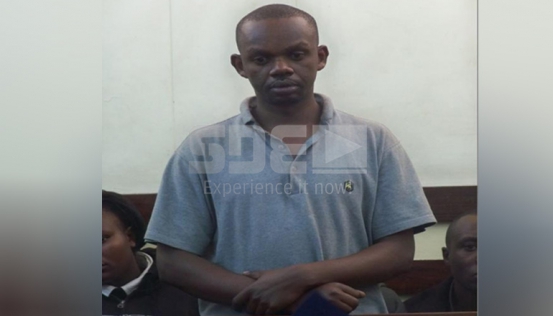 A businessman has pleaded guilty to assaulting his wife in a police officer’s office.

Moses Kuria has been charged with creating disturbance after he threatened to beat his wife Joyce Njeri within the precincts of Starehe Police Station in Nairobi on January 3, 2017.

According to the prosecution, the two had visited the police station at around 9pm on the said day over marital problems. The two, the court heard, needed the police to intervene on the matter.

It was then that they proceeded to the office of the Officer Commanding Police Station (OCS) to seek help. While in the office Kuria allegedly attempted to beat Njeri whom he accused of having an affair with another man.

Kuria’s probation report will be tabled on January 11 before the ruling on his sentencing.