Passing wind when climaxing: Crazy and annoying habits before, during and after intimacy

Counties
By MIke Mswati | Jul. 31, 2017 | 7 min read
Love making is an art that many Kenyans have never and might never master Hilarious and sometimes antics have been employed by many during intimacy

Save for adult movies, which tend to be misleading half the time because the dominant themes are power and speed, there exists no school for intimacy. Neither do we have socially sanctioned channels through which individuals are offered tutorials on how to make love.

Seeing as people are left to their own devices, many are clumsy between the sheets or do things that their lovers find boring or repulsive but fear opening up about them, lest they ruin their relationships.

While talking to people as we prepared this report, we came across all manner of oddities lovers subject each other to during intimacy.

In one hilarious case, a man complained of a lover he once had who always broke wind when climaxing! Something he used to find repulsive.

In yet another instance, a man complained of an ex-girlfriend who used to get so wild while at it that she used to claw and slap his back so painfully that he would prematurely end the romp.

Then we have the gymnastics men subject women to.

“The problem with most guys is that they are clueless. I once had a jamaa who used to think a kiss was a prelude to sex. Whenever I pecked him, he would grab me and start undressing me. He used to consider spanking my backside as foreplay,” chuckles Alice, a graphic designer.

We found out that there exists a big difference between what men and women expect from their lovers. Their frustrations, too, can make for great comedy.

Unromantic beasts who just want to plough and plough

A common complaint from women was that men are not romantic. Some, we were told, lose interest midway and ‘black out’ while at it.

The case of a certain Jacqueline, a city-based hairdresser, was interesting. She talked of an ex-boyfriend who always fell asleep immediately after and began snoring, without caring whether she was satisfied or not. “Women like men who cuddle them once they are done, with both parties satisfied. Rolling over and ignoring your unsatisfied woman is annoying,” says Jacqueline.

She says everything was great and he always took her out for hot dates and bought gifts, but this after-sex habit pissed her off.

One woman talked of a boyfriend who always talked dirty and used nasty similes when making love to her. She said another annoying thing was that he always seemed to be in a hurry to leave once he was done, as if it were a crime scene of sorts.

“He would make a beeline for the washroom, pick up his stuff and come up with an excuse to leave. At times, he would start asking silly questions about the weather or politics,” she says.

As the adage goes, most men give love to get sex, while women give sex to get love. Immediately after intimacy, is when one of Rose’s ex-lovers used to discover she had a pimple, rush or bruise on her face.

“What happened to your face? You need to get rid of these rashes,” he would say, before straying into boring topics like El Nino that have nothing to do with romance at all. “Na ile El Nino walitutisha nayo, haijafika?” he would ask sheepishly.

Rose, a journalist, laments, saying: “It’s high time men took intimacy seriously. Kenyan men should borrow a leaf from mzungus and make a habit of telling their women sweet nothings, such as how beautiful they are. This makes one feel special and appreciated. I have a friend who told me one of her ex who would roll out of bed and light a cigarette and start puffing away, leaving her there desperate for more.”

‘Deaf’ Lovers who don’t raise alarm when on cloud nine

Beth, a city-based businesswoman says she has seen it all. Her live-in boyfriend never talks throughout the act.

“The man never says a thing. Even when I try to romantically moan to rouse him into reciprocating and saying how he feels, he keeps mum and keeps ‘ploughing’,” she says.

Beth adds that great intimacy can be ruined by poor etiquette that follows immediately after the act, because it makes a woman feel unappreciated, used and even wasted. When asked whether she expects men to say, “thank you” after intimacy, she quickly agrees without realising that even many women hardly express gratitude.

How about the opposite? Those who endlessly parrot or give fake moans?

As for Janet, she can’t stand men who have no time for romance or pillow talk. “I once had such a beast. When in the mood, he would grab my tiny frame and fling me onto the bed or the sofa. And before I could say anything, he would be all over me,” she says.

“I recall losing my bra, only to get it under his bed weeks later. When he was done and satisfied, he never cared to find out if the feeling was mutual.

“He would roll over and start watching the TV, as if nothing had happened,” complains Janet.

From many other women who talked to Crazy Monday, we gleaned that women hate men who yell orders in the bedroom.

Apparently, nothing excites women like men who listen to them, and ask questions for clarity.

Gentlemen, its seems that when asked to ‘slow down,’ ‘go faster’ or ‘deeper,’ that is exactly what women want. It’s not about clumsily and ruthlessly going at it, as if your life depends on it!

And remember, half the time, it’s not about what you are saying, but how you say it.

That’s what the women told us. If you are uncomfortable with something, don’t yell or accuse or blame them. Say it gently, or better yet, offer an alternative.

“In the morning, we still need to be aroused before the ‘glory.’ Just because you woke up with ‘morning wood’ doesn’t mean your woman is also ready for a leg over. Don’t just jump on her like a randy goat,” says Kate, a sales and marketing officer.

She says that women need compliments all the time. “Tell her she is cute, and that it feels great making love to her. Save us the guilt we always feel after allowing you to raid our cookie jar by at least talking after intimacy,” adds Kate.

Did I please him? Did he like it? Or I performed below par? Gosh, did I give it up too soon? What does he think about me? I wish I was wilder, seems he didn’t like it that much? Are some of the questions women apparently ask themselves when men keep quiet. 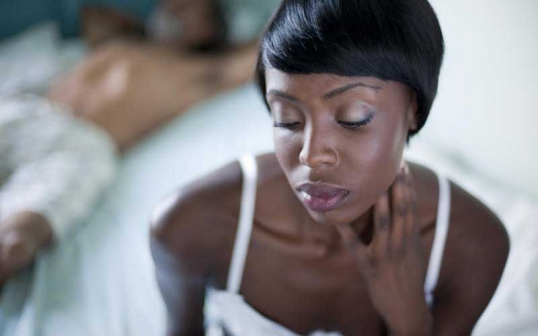 Heckled, taunted while at it

Women want men to always say something about their experience, it makes them feel great. Who doesn’t like their self-esteem boosted anyway?

“It feels good when a man maintains good ‘hospitality’ after the act. Serving a cold drink is always great. We are always thirsty after quenching your other ‘thirst,’ so don’t wait for us to ask,” Rose, an editor, says.

But on this matter, men are not devils and women are not angels as they are trying to make it look. Lucas, who sells movie DVDs, laments about an ex-lover who always killed his morale in bed. He says the woman would at times taunt him while making love to her.

Lucas reveals that the woman would ask belittling questions like: “So you are already tired and yet you have not even begun? Kwani it’s that small?” Lucas says that he always did his best, but the woman’s talk killed his morale.

“Huh, some men! That’s it?” Lucas says she once scoffed after what he thought was a sterling performance and disrupted his sleep, nagging him that they still had unfinished business he needed to handle.

But as biologists would have us believe, men are not to blame for falling asleep immediately after firing away. Apparently, men are biologically wired that way. Blame it on hormones.

Scientists argue that men’s hormones responsible for intimacy always go down immediately after climaxing. Thus, the urge to want to be left alone to snore away in peace. The biochemical prolactin released during the act, makes men feels relieved and sleepy.

Unfortunately, that’s when women become more aroused emotionally and want to be cuddled and shown affection.

Marriage on rocks: Many women just want a child, not a man
Lifestyle
By Peter Muiruri
2h ago
Tems becomes first Nigerian to be nominated for an Oscar
News
By Kirsten Kanja
2h ago
Japan launches whale meat vending machines to promote sales
News
By AP
3h ago
Jay Leno breaks bones in motorcycle wreck months after fire
News
By AP
3h ago
Social Media, the necessary evil?
News
By Jacqueline Mahugu
22h ago
.