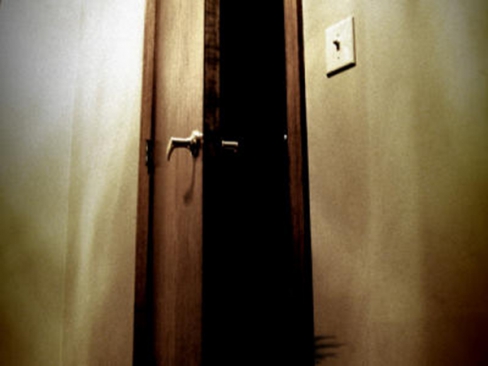 Villagers in Givogi, Vihiga County, are still reeling from shock after a seemingly randy father-in-law disgraced himself by sneaking into his married son’s bedroom, and began fondling his sleeping wife with intent to raid her cookie jar.

The 60-year-old man, surnamed Oriedo who happens to be a widower, took advantage of his son’s ‘commuter marriage’, and had been spending a lot of time at the younger man’s house, eyeing his wife, only identified as Kabeyi.

Considering his son works and lives in Nairobi, the senior citizen had developed a habit of eating super and spending his evenings at his son’s house, on the pretext of checking on his two-year-old grandson and watching TV.

The old geezer began by complimenting his son’s wife homemaking and culinary skills, but took the joke a bit too far when one evening, without a shred of modesty, he made flattering remarks with sexual connotations about her ample backside. He later turned it into a habit.

The woman spill the beans, saying: “He has been really bothering me. I no longer enjoy peace and privacy in my house because he overstays his visits. Mostly, he eats super in my house and has been behaving strangely of late. He even unashamedly teases me and compliments my behind, making me very uneasy,” she testified to village elders.

“Even when I start dozing off, he is never courteous enough to leave, and let me sleep. Instead, he goes on and on with his long-winded and boring stories,” she further lamented.

Interesting, when the startled woman reported to her husband that his father was making passes at her, much to her shock, he shouted at her and warned her against opening Pandora’s box by saying such things about an old, religious and respectable man. What’s more, when she shared the same with one of her in-laws, he found it ‘hilarious’ and laughed his head off.

On the material day, the woman said she was tired, and wasn’t in the mood for the old man’s wearisomely verbose and boring stories. Thus, she retired to bed with her child relatively early, leaving the old man to watch TV and notify her once he was done so she could switch off the gizmo, bid him goodnight and close the door.

However, with his fired up loins, the old man reportedly walked into the woman’s bedroom later that night and began caressing her ‘mammary glands’ and booty in readiness for an ‘act of the rod’. But no sooner had he began canoodling and purring sweet nothings into her ear than she jerked out of bed, screaming in shock.

“I initially thought it was my kid who was cuddling into me, only to discover a hairy and beefy old man touching me inappropriately and pleading to have his way with me,” she said.

Following the alarm, neighbours made a beeline for the home, thinking it was a robbery only to find the half-naked man hurriedly making his way out. Had he not quickly identified himself, the angry villagers would have mistaken him for a thief and lynched him.

The old man was frog-matched to the area chief who, out of leniency because of the senior citizen’s age, summoned him to appear before an elders' baraza, first thing the following morning.

“The guy is well-known around here and the chief didn’t want to involve police in the matter, so he told him to report to his office where he was arraigned before a council of elders,” said Kavuludi, a villager.

In his defence, the old man said he usually visits the woman out of fatherly love and care, but the devil had tempted him that night. He apologised and pleaded for leniency, promising to mend his ways. The elders sent the woman’s husband, who has now fallen out of favour with his father, a memo warning him against leaving his young wife in the village. The old man paid three thousand shillings and two cocks as punishment for the unbecoming behaviour.

Premium
How Zehrabanu Janmohamed overcame odds to become one of Kenya's finest legal brains
News
By Jacqueline Mahugu
4h ago
I was more than a pretty companion: Lillian Ng'ang'a on her tenure as Machakos First Lady
News
By Davis Muli
7h ago
What awaits guests as East Africa's travel expo returns
News
By Peter Muiruri
10h ago
Marilyn Monroe fascination comes to Netflix with 'Blonde'
Books,Film And Theatre
By AP
10h ago
Kennedy Rapudo: I am not dating Corazon Kwamboka
News
By Diana Anyango
10h ago
.