Why Taita-Taveta will never forget WW1

As Taita-Taveta County commemorates World War 1, distressing memories still linger in the minds of the Wakasigau community in the Voi sub-county.

WWI, which ended in 1918 remains etched in the minds of the community, one of the Taita sub-ethnic for a long period to come.

It also brings back painful memories of the misery and suffering this community went through in the region that happens to have been one of the epicentres of the war in East Africa.

Multiple interviews with locals indicate the war still haunts the community that lives at the foot of Kasigau Hill where the British their barracks when Tanganyika [now Tanzania] was still a German colony.

The leaders say the community was caught in the crossfire and is still smarting from the effects of the war without anything good to write home about.

And nearly over 100 years after the end of hostilities in 1918, the horrors of the war are still part of local folklore.

The war started in 1914 in Europe and the first shot in East Africa was fired at the Taveta District Commissioner’s office on August 15 of the same year.

Former area MCA Abraham Juma says both the UK and Germany should compensate the locals.

He argues that the locals need to be compensated just as the Mau Mau victims of colonial torture were.

According to the residents and leaders, the community’s agony started on August 15th 1914 after two villagers - Mwashutu and Kinona - who had gone to harvest honey in the forest ran into a group of German soldiers who demanded to know the status of their rival British army.

The two villagers were detained by the Germans until dark when they moved with them to Jora village and up behind the British troops. At midnight, the Germans attacked and killed all the British soldiers at the gun nest.

“A note the Germans left with the two villagers somehow ended up in the hands of the British Army. That note was sent to Nairobi and a full report made to the war office and the colony office in London,” said Juma.

This marked the beginning of their misery as a community, he says.

Juma says the British Government declared the area as hostile and mapped it out as a military zone. This is what led to the community’s banishment to Malindi while others were not so lucky as they ended in a bloody massacre.

“This was one of the worst moments in my community’s history. They walked on foot from Kasigau to Maungu town without food and water. From there they were loaded onto a train to Mombasa and thereafter into a waiting ship to Malindi,” he says.

“The elderly who could not walk died of hunger as they were left behind,” he recounted. Juma describes the experience as dehumanising and a historical injustice that deserves compensation.

He noted the villagers remained exiled until after the war when they returned to Mwatate where they worked on the expansive Teita Sisal Estate for 18 years.

“My community stayed among the Chawia community and we are very grateful to them for hosting us,” Juma said in a recent interview.

He said the community later agitated for the return of their alienated ancestral land which was not easy but they finally succeeded after naked women picketed the colonial DC in Wundanyi.

He noted his community was now scattered across five villages namely Jora, Kiteghe, Bungule, Mwakwasinyi and Rukanga. Today, you can also find remnants of the now disjointed and impoverished community living 65 kilometres South of Voi town, in Mwatate Sub County and others in Malindi, Mackinnon Township while others dispersed into Tanzania.

Juma says his community was unfairly targeted for punishment by British colonial authorities and subsequently banished to a painful and slavish life in a concentration and labour camp in Pangani and Magarini in Malindi between 1915 and 1917.

Juma says after years of suffering in Malindi concentration camps, the community agitated for their return to its ancestral land and was later transported back for resettlement in Mwatate following a decision to rehabilitate them.

In a memorandum presented to the Truth, Justice and Reconciliation Commission in Wundanyi town several years ago, residents said they had to start from scratch upon returning to their land in 1936.

“Our community suffered deprivation following forced eviction from our ancestral land by the British. We are still behind in development compared to other communities in the region who did not suffer as much as we did. Our economy was badly affected because when our ancestors came back, only their land was grabbed by outsiders,” Juma said.

“Kasigau is a manifestation of historical land injustices. The community was evicted from its farms and deported to Malindi where a number of them were poisoned and died.

The ruminants later came back home only to find their land grabbed by a few individuals in the form of six ranches,” he says.

“Some influential people from Taita hills and outside with an appetite for land grabbed land belonging to the Kasigau community in the form of ranches. The community is still living as squatters on its own land,” added former ODM Nominated legislator Chris Mwambingu.

Ben Mwanga, a resident says: "We are demanding the two countries, whose armies were involved in pitched battles in the area with devastating consequences, to fund community projects".

This, Mwanga says, will offer the community some relief considering the British and German colonial forces turned their area into a battleground. One can still see the trenches and bunkers and imagine the bullets wheezing around the ears of combatants and helpless natives.

Jonathan Mwangeje Mshiri a retired educationist said: "The sub-ethnic group is still far behind in development compared to other communities in the region who never suffered as much as it did. For 22 years they were away from home, resulting in disintegration, psychological and physical torture, and marginalization."

He says the community suffered massive economic losses through loss of life and destruction of property as a result of the war, which was not of their own making.

Taita-Taveta Governor Andrew Mwadime says he will strive to address land injustices meted out against certain communities like the Wakasigau.

“I know the community suffered one of the worst historical land injustices in the country.

I am working with the national government and local leaders to ensure that the community gets justice.

Once the community gets title deeds, its members will use the documents to economically change their lives,” stated the governor. 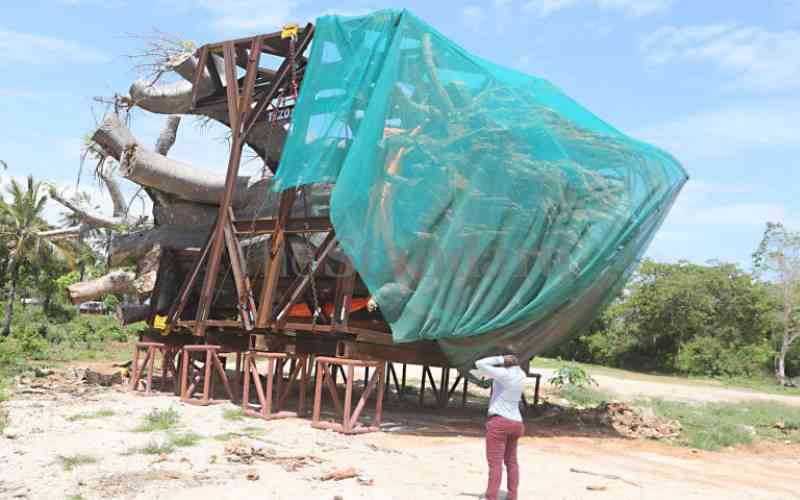 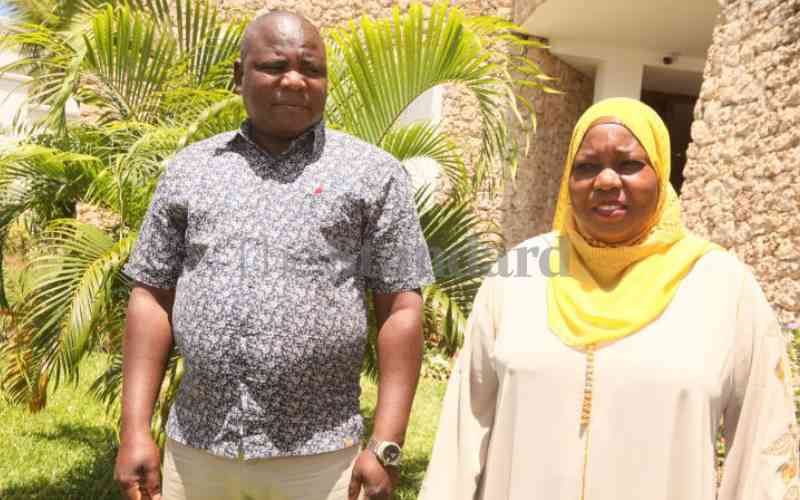 Tems, the sing star to beat
Showbiz
By Kirsten Kanja
11h ago
Karen Nyamu: Samidoh is an amazing father to our kids
News
By Vincent Kejitan
12h ago
East Africa's finest: One on one with Muthaka
Showbiz
By Boniface Mithika
13h ago
Michelle Ntalami's advice to Nairobians: Focus on making money, love can come later
News
By Standard Entertainment
13h ago
'Dr. Phil' talk show to end daytime TV run after 21 years
News
By AP
15h ago
.

By Renson Mnyamwezi Jan. 27, 2023
Kalro supports the vaccination of goats against pneumonia

By Joachim Bwana Jan. 24, 2023
Judgement for Pakistanis and an Iranian in Sh1.3b heroin postponed