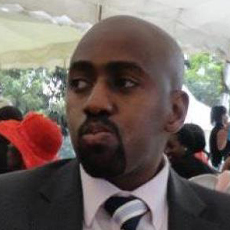 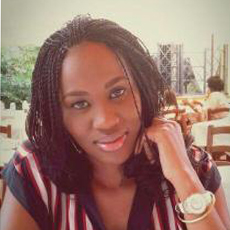 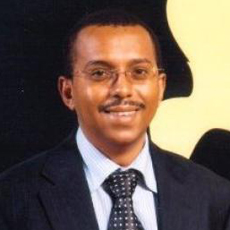 Beneath the serenity and affluence of the Karen suburb is a bitter dispute pitting a senior Trade Mark East Africa (TMEA) manager who claims Andrew Mbugua, a former Limuru MP’s son, has ‘stolen’ his wife.

Athman Mohamed Ali, director of research and learning at TMEA, claims Mbugua has not only taken off with his wife Ann Nyambura with whom they have two children, but that his attempts to get her back have ended in fistfights with his rival now plotting to harm him.

Mbugua has however rubbished the claims as unfounded. So serious is the matter that police have been sucked into the raging soap opera and love triangle.

Twice, on diverse dates, Athman and Mbugua have presented themselves at the Muthangari Police Station to defend themselves or accuse the other.

Dagoretti OCPD Rashid Mohamed summoned the two to his office on June 26, after it emerged that both had P3 forms with each claiming to have been assaulted by the other.

The love for Nyambura led to a fight between Athman and Mbugua who confronted each other at a school along Ngong Road where she had taken the kids for swimming on June 21.

Nyambura has custody of the children, a girl aged 8 and a six-year-old boy, while Athman has visitation rights.

Child visits are perhaps the genesis of the problem, as both men are unable to stand the humiliation of having to face each other in the presence of the woman they love.

But in a text message to his estranged wife, Athman allegedly says that he has moved on and has no hard feelings about Nyambura being in a new relationship.

“Can’t stop laughing when I remember how you keep making it look like I am angry at your being with that Kibonzo (clown) who was almost peeing on himself juzi (recently). Hehehe. You are very funny. Lol. Wish you well by the way, just stop lying to people and to your self eti (that) I feel anything hehe. Only thing I feel is pity,” reads one of the messages sent on June 4.

Whilst Athman insists that Mbugua stole his wife, the 34-year-old businessman accuses the TMEA boss, 41, of frequently stalking him to the extent of abusing his right to privacy.

“I summoned them with the view of understanding the matter. But what am focusing on is the fight at the school, the rest is of no interest to police. The woman in question was also here as the two men argued their case,” said Rashid.

According to the OCPD, the matter is complicated because the two men are both in possession of P3 forms. Senior Superintendent Rashid has been forced to assign an independent officer to carry out fresh investigations by revisiting the scene with a July 4 deadline to complete the job.

Before the ugly brawl in front of parents who had accompanied their children for swimming, Mbugua had on June 9 lodged a complaint at Muthangari Police Station claiming that Athman and two menacing men had threatened him at a popular coffee house along Ngong Road.

“He was called (sic) at the station by deputy OCS who assisted reaching a ceasefire (sic). Athman then apologised in writing,” says Mbugua who claims he has no grudge against Athman, but only pities him for living in self-denial.

“I never stole his wife. When I met Ann last August, she had separated with Athman and was living with her two sisters,” claims Mbugua, adding that official marriage and wedding plans will be rolled out as soon as the Khadhi’s Court formally annuls the marriage between his lover Nyambura and Athman on July 4.

He claims his fiancée ran away from an abusive marriage that lasted eight years in Lavington, and that he has even received mobile phone text threats from Athman.

“Athman has consistently attempted to portray me as a monster, violent and thief,” says Mbugua,

Recalling events that led to their fight, the former MP’s first-born son blames Athman for provoking the altercation by allegedly storming into the school and taking pictures of visitors, buildings and the swimming pool. This apparently frightened and infuriated some of the parents.

“I walked to him and told him to stop what he was doing, but he slapped me instead. I reacted and hit him in self-defense, before he punched me twice. He even punched Nyambura once when she tried to separate us,” he explains.

Mbugua says even when they met at the OCPD’s office, the TMEA boss declined to accept his offer of piece after he extended an olive branch over the matter.

“At the police station, before the OCPD, I stood up to reconcile for the sake of peace, but he refused, insisting that I must be charged, yet he was not the arbiter. He refused to shake my hand completely,” Mbugua says.