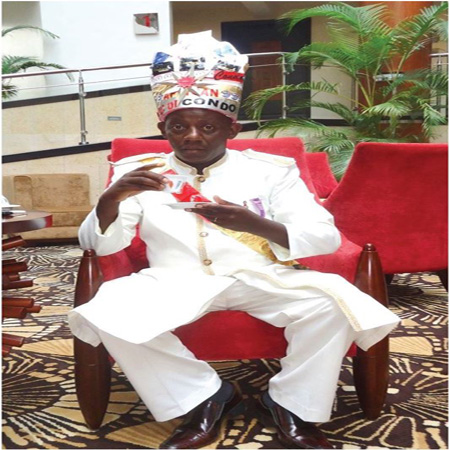 His name did not appear in the long list of nominees for presidential awards during the Golden Jubilee celebrations on December 12.

But this Nairobian, crowned ‘King of Condoms’, has probably saved hundreds of lives with his simple message: ‘Use Protection’.

Stanley Ngara eats, walks and talks condoms, and wherever he speaks, on proper use of the protective sheaths, he leaves behind an incredible mark, at least according to many who know him.

Ngara, a programme officer with Liverpool VCT, has for 11 years been teaching Kenyans about safe sex since he was crowned ‘King of Condom’ three years ago.

Armed with thousands of condoms and his eloquent message for Nairobians, Ngara has managed to get the ears of many.

In a week, he distributes about 6,000 condoms and convinces many others to buy them in shops and pharmacies.

“We need to believe in condoms and take them with faith and attitude like the one we have on umbrellas when it rains,” he told The Nairobian.

His message is laced with humour and packaged according to the audience’s status besides involving them in stunning practical lessons.

His peculiar attire and crown amuses his listeners.

“I thought of this idea after I established that when you do the same thing with same people you get same results. Innovation and fresh tactics help in driving the message home,” he said.

On November 19 at a city hotel, he tutored CEOs drawn from public and private sector on condom usage and he got a rare standing ovation.

“Many of us don’t know how to use and handle the condoms properly while others think they interfere with emotions and ecstasy during intercourse but that is not true,” he says.