#MCM: Radio presenter Jeff Mote- Cashing in on the voice 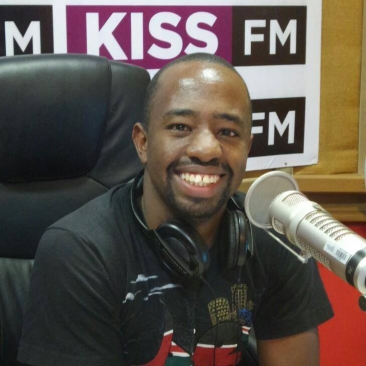 Who knew that one’s voice could cash in so much money?

Having recorded over 500 voice-overs, Jeff’s voice has seen him grow his brand across radio and television over time. He stated that it was his persistence towards finding that which he was passionate about that saw him rise to radio prominence.

Born and raised in Nairobi’s Kimathi estate, Jeff, the last born of five insists that he learnt a lot from his elder siblings.

“Sometimes I would have to remind my mother to spoil me just so I could feel like many other last borns.” Jeff jokes.

Jeff attended St Nicholas Primary School before proceeding to Mang’u High School where he joined journalism and drama clubs. Soon after, he joined Daystar University for a degree in journalism and communication.

During this time, his curiosity led him to join the Shine fm radio station while still in first year but left a few weeks down the line.

Not one to despair, Jeff heard of the Homeboyz radio auditions in search of new presenters. “On my way back home from school, I simply decided to try out the auditions but the long lines almost had me giving up.”

“However I stayed put and after successfully making it through three rounds of auditions, I became part of the first presenters of Homeboyz radio.”

His current drive show on KISS 100 alongside Linda and Chipukeezy is yet another feather on his cap that has seen him further affirm his position in the Kenyan radio scene.

In addition to media, Jeff is set to start a youth show to encourage Kenyan youths towards joining progressive ventures and taking part in entrepreneurship rather than simply relying on the government.

One to look up to, Jeff’s parting shot to the youth: “Curiosity, persistence and interest are key to succeeding within the media.”