Why being informal hinders business growth

By Brian Okoth | 1mo ago

When President Uhuru Kenyatta announced a subsidy for maize millers and halved the price of a two-kilogramme maize flour packet, it was a relief to millions of Kenyans.

The price of maize flour (grade one) had soared to Sh230 for a 2kg packet making this staple food almost luxurious.

But while millions of Kenyans are celebrating this temporary price cut, a section of them, particularly owners of small businesses are counting losses.

The subsidy plan has as well left many of these small retailers stranded.

“When I go to buy maize flour (from the supplier), I cannot be given more than one bale. I have 40 people coming to my shop to ask for it. I actually just gave up on this,” said Boniface Otieno who mans a small shop.

Even before the prices shot, you would buy maize flour at Roseline Kemboi’s grain shop for sh10 less. This is while large retailers like supermarkets would sell theirs at Sh110 or Sh120 thereabout.

The difference between flour from Ms Kemboi’s shop and the large retailers is that hers is not branded. She buys maize, mills it, and sells it according to her scale.

She had already bought maize at the prevailing prices when they were high that she used to sell 2kg maize flour pace at Sh180 which was a relief to her customers in Ongata Rongai since supermarkets were selling for not less than Sh200.

Her business partially falls under the cottage industry, hence she is not among the registered millers by the Government. All she has is a small rented premise where she mills and sells. When Agriculture CS Peter Munya broke down further the agreement the government has with millers a week ago, he said by then, 70 millers had shown interest in taking part in the subsidy programme and signed up.

“And we are expecting more because the registration is still ongoing,” he said.

So, when the government will be reimbursing millers Sh105 for every 2kg packet of maize flour in the market, Ms Kemboi will be counting her losses.

“Once the government slashes the prices, I have no choice but to also drop mine,” she says. “But this is not without a loss.”

These businesses oscillate in a grey area where despite the fact that they are registered, and their contribution to the Gross Domestic Product does not go unnoticed, they always tend to be left out whenever policies come into play.

These informal businesses include retailers who had bought flour wholesale with the hope of raking a profit only for the government to introduce the subsidy. Unlike large retailers, who have an understanding with suppliers (millers) and work with debt (where payment is made after sales), small retailers do not have this advantage. Their small customer base cannot match that of a major supermarket to warrant such an arrangement.

Government spokesperson Col (Rtd) Cyrus Oguna has, however, insisted that no retailer will lose money. “If a trader bought stock for Sh200 a packet and they foresee a loss if they sell for half the price; when the Government gave the subsidy, it catered for everyone, from the largest to the smallest retailer,” he said.

Retailers then estimated a reimbursement of Sh175 million from millers in order to comply with the price cut.

“The informality further hinders the development of Micro and Small Enterprises (MSEs) as it limits their access to markets and financial services and consequently lowers growth opportunities,” the report reads.

The paper notes that it is a challenge for informal businesses to be regularised and be formal on the radar of the government. One of the setbacks is that one requires multiple licenses to be formalised.

“Licensing in Kenya is a costly and time-consuming process that involves multiple regulatory institutions at the county and the national government levels, multiple levies and taxes which increase costs of doing business,” the paper adds.

The formalisation process includes obtaining licenses, registering with the Registrar of Companies and compliance with statutory requirements such as taxation, social security and labour laws.

“Main reasons for not registering include taxation post registration, high costs of registration, low perceived benefits from registration, inspections and meetings, and bribes,” the paper documents.

The recent launch of the KS 1758-2: 2016 standard for farm produce mirrors this challenge for micro and small enterprises of being left out by the Government.

The new standard demands that farmers engaging in the production of vegetables and fruits for human consumption comply with this standard whose process would cost them about Sh200,000.

The process involves testing the water they use to farm, manure, assessing their storage facilities and packaging as well.

Andrew Edewa, Director Standards and SPS Measures Trademark East Africa acknowledged that while the standards are important to the market as they may increase the portfolio of exports, a smallholder farmer cannot manage by themselves to cost of compliance.

“However in a joint cooperative arrangement, they are more profitable. When you combine either 20 or more smallholder producers, the cost of compliance is cheaper than a single farmer. A single farmer alone cannot make it,” said Edewa.

All these are attempts by the Government to stretch out its long arm to this sector. 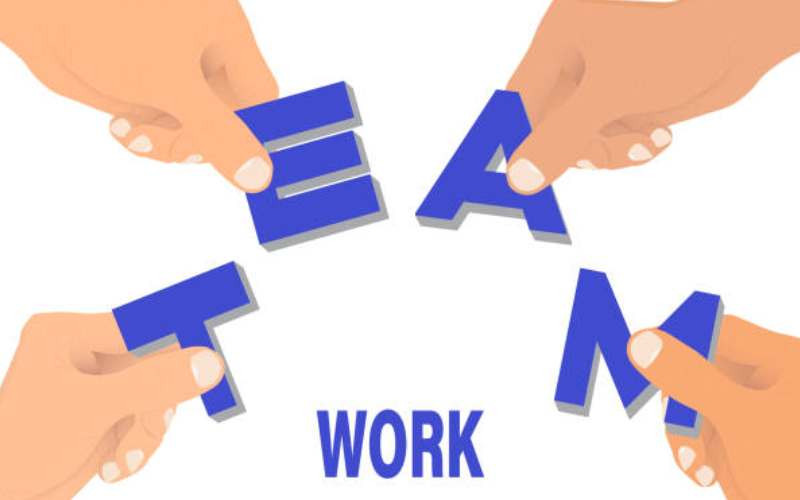 How your lean team can work smarter
Pushing employees into tasks they’re not skilled at slows down productivity and efficiency.
Enterprise
By Pauline Muindi
2 months ago
.