By Wilson Sossion | 1mo ago 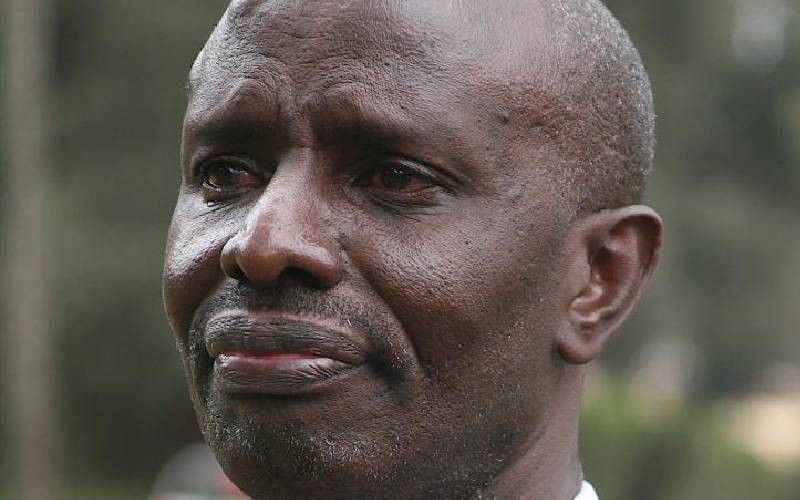 Boarding schools were established 120 years ago by the Colonial government in an alliance with Church Missionary Societies principally to “enlighten and polish” or assimilate African children into European culture and idiosyncrasy.

They were primarily set up for indigenous Kenyans as part of a wider scheme to defeat, eradicate or evade adverse effects that came as a result of engaging in retrogressive cultures and traditions such as child marriage, child labour, Female Genital Mutilation, nomadism, pastoralism and other weird habits that were barriers to access education.

Twelve decades down-the-line since the first boarding school (Nairobi School, formerly Prince of Wales) was established, Kenya is still clings on the antiquated system whose intents and targets were addressed ages ago.

Since 1902 when the first residential school was established, Kenya has metamorphosed and has met all the objectives of which boarding schools were established to address.

The residential schools were meant to introduce African children to contemporary thinking and reasoning, adapt modern healthcare, and more so, how to nurture and value personal and community security. These institutions were also to be used as a medium to entrench the African child into modern lifestyle through education.

Over the decades, the country has enacted laws to address and fix challenges which in essence were to be addressed through establishment of boarding schools. Thus, it is irrational and unjustified to continue with residential schooling as means to facilitate acquisition of education and civilisation.

For reasons of clarity, there is no scientific proof that residential schooling contributes to holistic and effective syllabus coverage within the prescribed period – students in these institutions cover the same content as those in the day schools. Hence, it is wrong to believe that boarding schools are the solutions to effective curriculum coverage and a source of inducing discipline in students.

The argument by a section of investors that abolishing residential schools will hurt private businesses is not only mischievous but immoral and unethical as children cannot be used as tools for business.

Therefore, abolishing of boarding schools except in ASAL regions, Approved and Special schools must be enacted in the legislation soonest.

Abolishing boarding schools will curb cases of arson and assault on teachers and other school staff, more so, to do away with residential schools will see parents spend more time with their children and contribute to their holistic growth which may not be achieved in the current set up.

It is instructive to note that parents have a greater responsibility in the upbringing of their children. The role of parents in a child’s formative years cannot be duplicated by a teacher – hence, the need for the child to remain within the family set up devoid of breaks.

It should be noted that the socio-psychological effects of parental separation with their children at a young age extends into adulthood and manifest as violent or abusive people, emotional detachment and passive-aggressive behaviours.

The issue of de-boarding schooling should be viewed from a wider perspective in the interest of teachers, learners, parents, government spending and schools themselves.

Though, the private sector views boarding schools as a lucrative business, it is high time to give it a second thought for the interest of the Kenyan child in accessibility to inclusive and equitable quality education.

They have bred inequalities as some parents are unable to afford the cost of taking their children to Boarding schools. Even worse, boarding schools inculcate elitism and corrupt young minds, besides contributing to disintegration within families.

Day school students enjoy an enriching education and develop strong relationship with their parents who effectively support their academic programmes. Parents get to play a hands-on role in helping with homework and projects which contribute to the overall performance of children in academics. Day schooling makes parents feel connected to their children’s education.

It is costlier to run boarding schools as compared to day schools – hence, day schools should be the preferred option.

In a related development, the taskforce should recommend teaching of Science, Technology, Engineering and Maths (STEM) from early stage of learning preferably at Grade Six. STEM stresses on innovation, problem-solving, critical thinking and building confidence.

Mr Sossion is a former secretary-general of Knut.