Politicians caught in the web of fake certificates

The fight against fake academic certificates among politicians got a boost on Wednesday last week when the anti-corruption court jailed a former MCA in Kiambu for four years.

“I am satisfied that the prosecution has proved the charges beyond reasonable doubt. The accused person is sentenced to four years in jail for the two counts or pay a fine of Sh500,000,” ruled Mr Ooko.

Mr Ooko sentenced Githongo under Section 347 and 349 of the Penal Code which states that any person who makes a false document, including academic certificates, purporting it to be a true document is liable of an offence punishable with a three year jail sentence or a fine.

The former MCA was charged with making a false document where it was proved that he forged a Kenya Certificate of Secondary Education certificate, purporting it to be a genuine certificate issued by the Kenya National Examination Council.

He was also found guilty in the second count of uttering a false document where the prosecution proved that on December 29, 2014 at Jomo Kenyatta University of Agriculture and Technology, he uttered the KCSE certificate to get admission.

Githongo is among several politicians who have been entangled in the fake certificates saga as the Ethics and Anti-Corruption Commission tightens the noose to nab the culprits.

In the run-up to the elections, Nairobi Governor Johnston Sakaja found himself in the middle of a storm over allegations that his Bachelor of Science in Management degree from Team University in Uganda was fake.

It took the intervention of High Court judge Anthony Mrima for Sakaja to be on the ballot after he dismissed four petitions challenging his eligibility for alleged lack of a genuine degree certificate.

According to EACC, politicians have taken advantage of the laxity in verification of certificates to cheat their way in getting approval in order to comply with the constitutional requirements for various elective seats.

“Majority of the politicians are falsifying academic certificates to comply with the Elections Act which require degree certificates from individuals seeking election for positions such as the president, deputy president and governors,” said the commission.

Kapseret MP Oscar Sudi is among those facing charges for allegedly forging academic certificates while seeking clearance from the Independent Electoral and Boundaries Commission to contest in the 2013 General Election.

The MP has been on trial since 2016 for a charge of forging his diploma in business management allegedly issued by the Kenya Institute of Management.

It is also alleged that he falsified a Kenya Certificate of Secondary Education certificate, purporting that he sat his form four national exam at Highway Secondary School.

He is facing another charge of giving false information to IEBC officers and for misleading Ethics and Anti-Corruption Commission officials.

The prosecution has so far presented witnesses from Kenya Institute of Management, Highway Secondary School and Kenya National Examinations Council who have all confirmed in court that the academic certificates held by the legislator were not genuine.

The governor however moved to the High Court contesting the move to arrest and charge him over the fake academic certificates and was granted anticipatory bail to block his arrest. 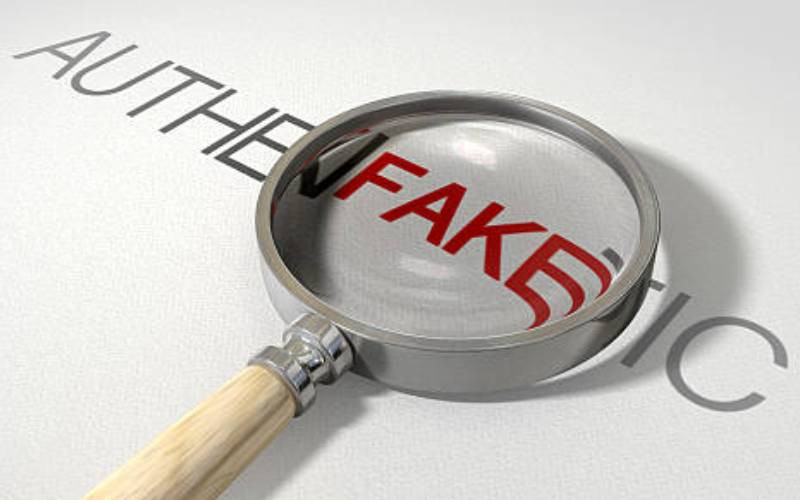 Premium This is Kenya: Why read when you can forge a degree?
Some employers have started doubting even genuine academic certificates because of the menace which he said is partly caused by stiff completion in the job market.
Education
By Paul Ogemba
20 days ago
.

Kneeling down before Museveni divides doctors in Uganda
Africa
By Winfrey Owino
14 mins ago
I'll be watching the game from hospital: Image of Pele shines bright for Brazilian fans at World Cup
Football
By Associated Press
30 mins ago
Premium How to win big with Moringa
Crop
By Jennifer Anyango
1 hr ago
South Africa's Ramaphosa Awaits ANC Panel Decision on His Fate
Africa
By VOA
1 hr ago
.

By Associated Press 30 mins ago
I'll be watching the game from hospital: Image of Pele shines bright for Brazilian fans at World Cup

By Winfrey Owino 14 mins ago
Kneeling down before Museveni divides doctors in Uganda
.