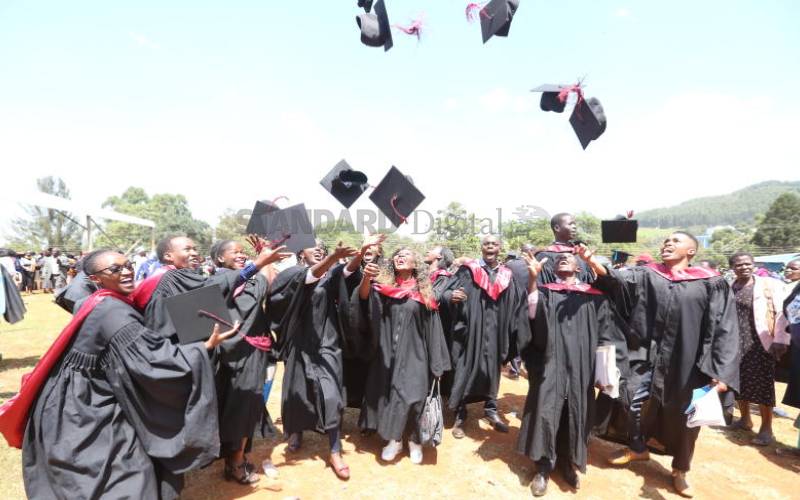 Only eight Kenyan universities have made it to top 200 list in new ranking of universities in Africa released this week.

University of Nairobi has been listed number 13 in Africa, but emerged top among Kenyan universities in the new Webometrics Ranking.

Strathmore University is the only private institution that has made it to top 200 category. It is the eighth best university in Kenya today.

Masinde Muliro University of Science and Technology ranked 218 in Africa is listed ninth in Kenya as University of Embu (229 in Africa) completes the top 10 category in Kenya.

Under the Webometrics Ranking, universities are assessed in three critical categories of impact, openness and excellence.

The Webometrics Ranking of World Universities is an initiative of the Cybermetrics Lab, a research group belonging to the Consejo Superior de Investigaciones Científicas (CSIC), the largest public research body in Spain.

CSIC is attached to the Ministry of Education and its main objective is to promote scientific research as to improve the progress of the scientific and technological level of the country, which will contribute to increase the welfare of the citizens.

CSIC also plays an important role in the formation of new researchers and technicians in the different aspects of the science and the technology.

Commission for University Education (CUE) have in the past encouraged universities to embrace international ranking, saying it raises the institutions standing on compliance with quality and standards.

Universities that observe quality standards raise their chances of being ranked higher in the international scene hence improving their visibility and attractiveness to the students.

The University of Nairobi enjoyed international ranking in the prestigious Times Higher Education.

It recently appears among the top 300 institutions in the 50 countries, emerging as the only institution from the East African region to be included in the coveted merit list.

Higher education experts say that this has contributed largely to the huge number of students the institution attracts to its various programs at the university.