Thousands of parents flocked schools yesterday to seek transfer of their children even as the government decried low turnout in North Eastern and Coastal regions which have been hit by food scarcity.

Prof Magoha said the government will provide food to schools in famine-hit areas in a bid boost enrollment.

“We have already noted the slow enrollment in schools in North Eastern especially Turkana County which will receive food relief which is meant to attract pupils and students to schools,” he stated yesterday at St Luke Githwariga Primary School in Nyeri.

He was monitoring re-opening of institutions in the county and also visited Kianjau Primary School in Thika which has 1,000-odd learners.

“The school feeding programme is aimed at boosting enrollment of children from nomadic communities affected by hunger and malnutrition and will be effected as soon as possible,” he said.

Magoha disclosed that the food which has been purchased and was already in stores will be delivered to schools in the course of the week.

On transfer of learners, the CS said no learner will be turned away but admission will be determined by capacity.

“Some parents are being cheeky because they know this but insist on seeking enrollment in these specific institutions, we cannot allow over congestion in such cases,” he said, citing Olympic Primary School in Kibera, Nairobi, which has 4500 learners and cannot take in more.

“As at December last year, 339 private schools had officially announced their closure. This has affected 56,000 learners who have been guided to enroll in other schools.

"We are however impressed with the turnout in private schools that did not close,” Ndoro said.

More than 250 learners at Elina Schools-Gilgil in Nakuru County, have been forced to transfer to other institutions after it was shut. 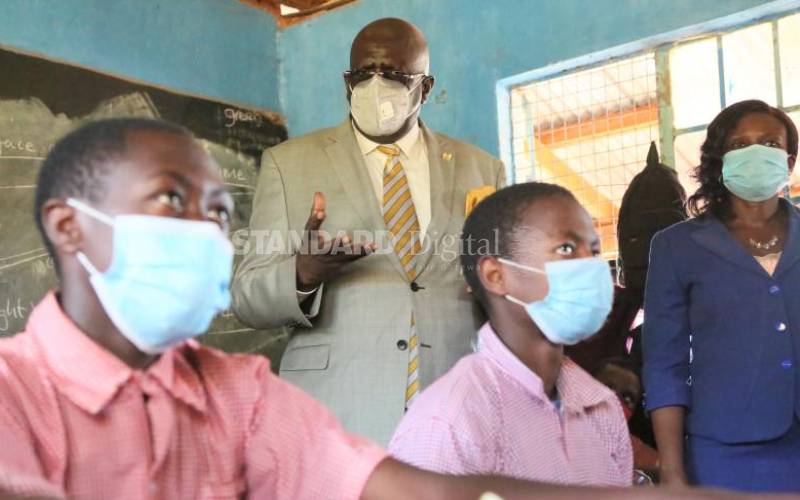 “We had 252 pupils by the time the government directed that schools be closed in March last year.

"We had financial challenges even before the pandemic. Fees payment was poor. The pandemic drove the last nail in the coffin of our business,” said the school's director Sammy Kagiri.

He noted that 20 Standard Eight candidates will return to sit national exams at the institution.

“Most pupils have enrolled in local public schools. Elina Schools-Gilgil is still a registered examination centre.

"When the time for national exams comes, the 20 candidates shall come back to sit for the exams here,” he said.

At St Peter’s Elite School, the headteacher Linet Yugi said many pupils have transferred to other institutions.

“The environment is uncertain but we are glad the number of new admissions is more than the transfers. We have received 150 new pupils and only 20 learners have moved to other schools,” she said.

At the same time, most parents in Naivasha have been forced to transfer their children to government schools after private schools increased fees.

“Some of the parents lost their jobs due to the pandemic while others cannot afford the new school fees and they have decided to seek admission in government schools,” he said.

Lack of masks, early pregnancies and relocation of parents were blamed for the missing learners in schools.

In Busia County, the government has urged locals and the elected leaders to assist in construction of latrines in schools that were affected by floods.

But Sakwa Bunyasi, the Western region parliamentary caucus chair who is also Nambale MP, said it would be an uphill task for the legislators to assist the affected schools due to delayed disbursement of the National Government Constituency Development Fund (NG-CDF) monies by the National Treasury.

Education CAS Munina Bonaya came face to face with the sorry state of infrastructure in Turkana County at Canan Primary School in Lodwar town where pupils were in dusty classrooms.

Bonaya noted that the ministry has been constructing classrooms but they are not enough. “We are urging MPs to also allocate money, through NG-CDF towards expansion of school infrastructure,” she said.

The “kadogo economy” thrives then, where sugar is sold by the spoonful, cooking oil in bottle-tops and maize meal in cups.

By Stanley Ongwae | 20 hours ago