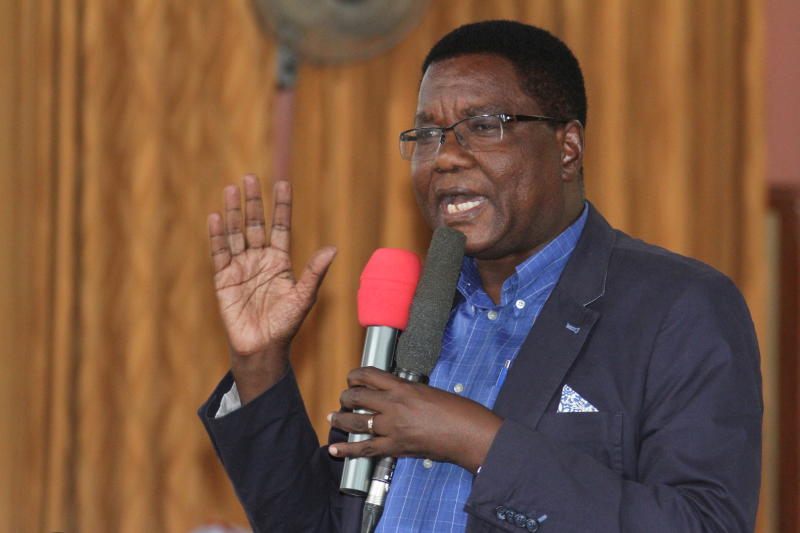 Magoha has also appointed Joseph Kithaka as chairperson of the National Biosafety Authority. All appointments will run for three years.

At the same time, the CS said the Ministry of Education has resumed certification of academic documents.

The ministry’s Director for Quality Assurance and Standards Mary Gaturu yesterday said those seeking to have their documents certified should drop their original academic certificates at her office in Jogoo House.

The documents can be dropped any day before 12.30pm. They should be sealed in an envelope and addressed to the director.

Ms Gaturu said the ministry had suspended the service following the outbreak of coronavirus and suspension of international travel in March.

“The documents shall be collected the following day from 2pm to 4pm during working days in room 600 at Jogoo House,” Gaturu said.

She also noted that the name and contact of the certificates owner should be indicated at the back of the envelope.

The applications should provide among others, an original national identification card or passport.

Elsewhere, some 170,000 youth have applied to be trained in the World Bank-funded Sh15 billion Youth Employment and Opportunities Project (KYEOP).

The youth from 17 targeted counties applied for cycle five of the project advertised in May. Youth Affairs Principal Secretary, Julius Korir said yesterday that the KYEOP project design has adopted the “apprenticeship” model of training.

“Each master craftsman is allocated a maximum of six trainees for the five months the training will run. Trainees will have gone through a one month life skills training prior to being allocated to master craftsmen,” said Mr Korir.

He added that the government will on Thursday next week assess the preparedness of the 17 counties implementing the project.

KUPPET: Every student should get three re-usable masks as schools re-open

KUPPET: Every student should get three re-usable masks as schools re-open

Rot in colleges linked to shake up of principals

Rot in colleges linked to shake up of principals