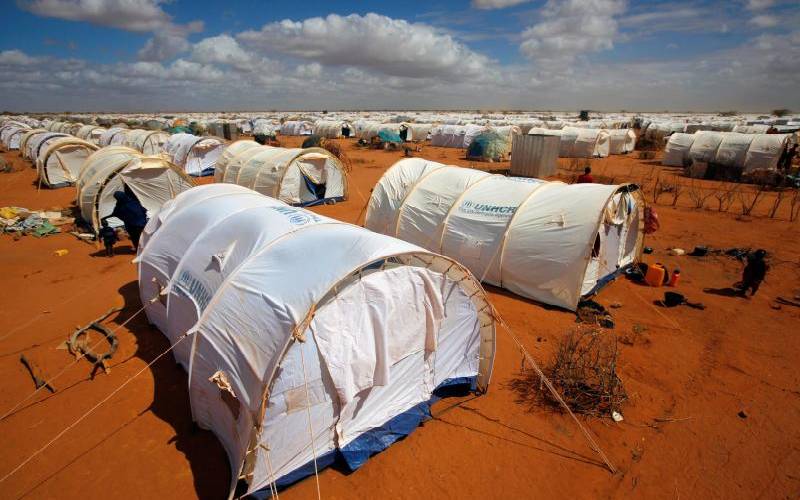 The United Kingdom government on Monday announced a Sh155 million new funding, dedicated to paying the salaries of teachers who work in Kenyan refugee camps for at least the next seven months. The announcement was made at a virtual summit that was hosted on Monday by UNHCR Special Envoy Angelina Jolie. Kenya was represented in the summit by Acting Director Primary Education, Ms Nereah Olick. In Kenya, the funds will support the salaries of 1,304 teachers in Kakuma, Dadaab and Kalobeyi refugee camps.

Kenya is just one of the few countries that will benefit from UK’s support. The UK government has donated a total Sh713 million, which will allow UNHCR to directly pay 5,669 teachers in 10 countries that host refugees. UNHCR selected the beneficiary countries that were deemed to require the most urgent support. Other beneficiary countries are Rwanda, Pakistan, Sudan, South Sudan, Yemen, Uganda, Malawi, Chad and Mauritania. By paying the salaries of refugee community teachers whose incomes have taken a substantial hit due to the Covid-19 pandemic, the UK government hopes to safeguard the futures of refugee children who are highly vulnerable. A statement from the British High Commission in Nairobi expressed UK’s fear that without intervention to support the teachers, the education of refugee children would be adversely affected.

“Covid-19 has presented all our societies with huge challenges. The UK is proud to help vulnerable refugees in Kenya gain education, as we build back better after this pandemic,” noted Jane Marriott, the British High Commissioner to Kenya. UNHCR estimates that the funding will benefit more than 300,000 refugee learners from across the 10 countries selected for financial support.