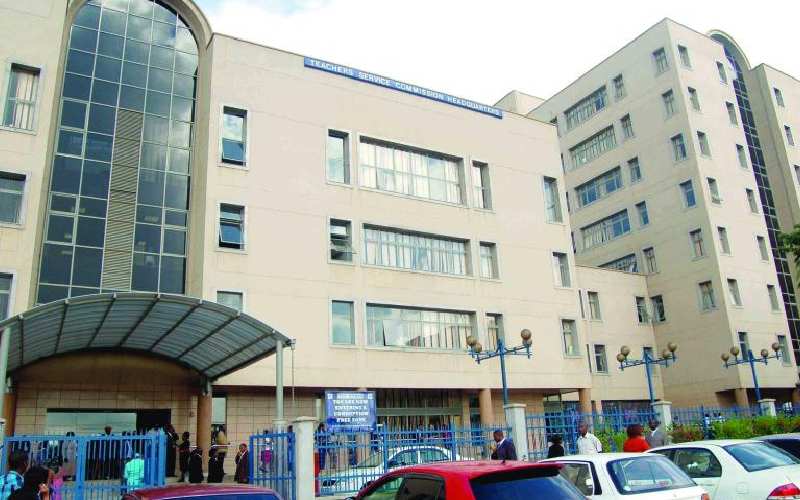 More than 300,000 teachers will receive a salary increment after MPs approved Sh11 billion more for the Teachers Service Commission (TSC).

It means teachers under the TSC payroll will get an enhanced annual increment in their basic salary.

Another 100,000 teachers will also be promoted under the enhanced budget starting July this year. Of these teachers, half are in secondary schools with diploma qualifications.

Primary school teachers, who fall under grade B5 and presently take home Sh24,476, will now be moved up to C1 to earn Sh30,595 per month.

Data tabled in Parliament by TSC and approved by MPs shows that Sh2 billion was approved to employ 5,000 new teachers under the 100 per cent transition programme. Another Sh1.2 billion will be used for recruitment of 10,000 intern teachers.

And to prepare for the Grade Five roll out of the Competency-Based Curriculum (CBC), MPs approved Sh1 billion to train teachers.

Overall, the legislators approved Sh7 billion to take care of the wage drifts and promotion funds.

The new allocations sets in motion the scramble for promotions after a government report revealed the number of teachers who have acquired higher qualifications has increased.

The latest Economic Survey data shows that the number of teachers who obtained degree level qualifications or higher went up by 6,662, which translates to a seven per cent increase.

It says the number of teachers with master’s and doctoral degree qualifications has gradually declined to stand at 1,920 in 2019.

Last year, teachers with diploma qualifications stood at 4,312. The number has decreased to 3,614, signifying a drop of 16.2 per cent.

A report tabled in Parliament early this year by TSC Chief Executive Officer Nancy Macharia indicated that a total of 36,341 P1 (primary school) teachers had pursued a diploma, higher diploma, bachelor’s or master’s degree, and postgraduate and doctorate qualifications by October 2018.

Broken down, the TSC report indicated that 18,076 of these teachers had attained a bachelor’s degree, while some 486 got their master’s papers. Another 17,758 had acquired higher diploma qualifications.

Only five teachers had attained doctorate qualifications, with a similar number registered for diplomas.

Some 11 teachers had attained postgraduate qualifications, according to the TSC report, which provided a summary of different cadres of academic qualifications attained by October 2018.

By Jonathan Wesaya | 17 hours ago

By World Economic Forum | 17 hours ago