Kuppet calls for closure of school after brutal murder of teacher 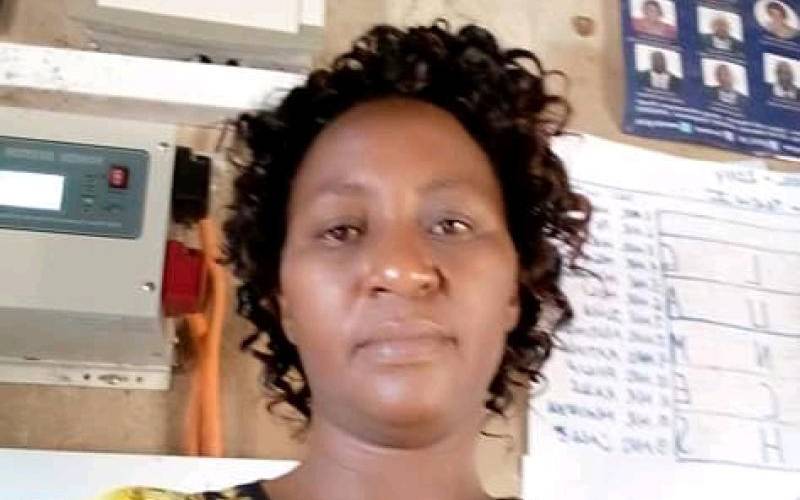 A teacher’s union has called for the closure of Ndooni Primary School in Kitui County after a female teacher was killed and lynched under mysterious circumstances.

Daisy Mbathe Mbaluka (pictured) was reportedly heading to school for the new term on Monday morning when she was attacked.

“Kuppet is alarmed by the rising cases of violent attacks on public school teachers around the country, the most brutal of these was witnessed in Kitui where a teacher was lynched by parents protesting poor results,” said Kuppet Secretary-General Akelo Misori.

He added: “They mercilessly attacked her with machetes before lynching her in broad daylight.”

“It is inconceivable that learning can take place in the environment created by this killing. You need to put in mind that the teachers are also parents,” Misori said.

Kuppet also asked Teacher Service Commission (TSC) to withdraw teachers from the school because keeping them after the killing would be tantamount to rewarding a community that has demonstrated abhorrence for education.

It called for the investigation by the Directorate of Criminal Investigation (DCI) and the arrest of the perpetrators.

“In addition, we urge the Director of Criminal Investigation, George Kinoti to diligently investigate cases in at least six other counties where parents protesting poor examination results have invaded schools and attacked or evicted teachers,” Misori said.

The union said they have information from as far as Taita-Taveta where in Kongononyi Primary School parents also protested.

“All these are cases where teachers now live in fear simply because of Kenya national examination results of 2019,” said Misori.

He added: “What we will not accept is when criminality is vented towards teachers when other aspects of our schools do not provide a conducive environment for the success of these institutions.”

He said all education stakeholders are concerned when children fail exams, but that should not warrant any criminal activity.

He noted that as important are teachers to the performance of schools, so are the learners, the environment and the parents themselves.

“We urge school management boards to carefully diagnose the cause of poor performance in each institution,” Misori said.

The union noted that close cooperation between parents and teachers is ever essential for the running of schools, to bridge the huge resource gap many schools face.

By Wachira Kigotho | 9 hours ago

By Nehemiah Okwembah | 18 hours ago