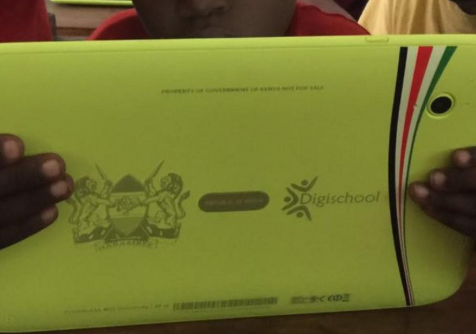 At least 467 learning devices and one generator worth over Sh17 million dispatched to various public primary schools under Digital Literacy Programme (DLP) in West Pokot County have been stolen or gotten lost. Presenting the report to the County Development Implementation Coordination Committee (DCICC) members during the meeting chaired by the County Commissioner Apollo Okello, the area County director of Education, Jacob Onyiego said a total of 19,394 tablets for learners and 660 laptops for teachers were dispatched to 330 schools in the area. He said North Pokot Sub County led with the lost devices of 196, followed by West Pokot, with 106, then, Kipkomo 88, Pokot Central 74 and South Pokot with the least of 3 devices.

SEE ALSO: Elders to curse suspects who administered FGM on a dead body

Onyiego said his office is working closely with the office of the county director of teachers’ service commission to ensure that all headteachers affected accounts for the lost gadget. "We are working closely with TSC to ensure that every lost gadget is accounted for and teachers responsible face disciplinary action and pay for the lost tablets or generator," said the director. He said the department has put in place measures to ensure handing over is properly done during the transfer of the headteachers. "It has come to our attention that during transfers no proper documentation of all school assets is done and now we have ensured that our office is involved during the handing and taking over. Also, we have instructed headteachers to ensure that they give us a quarterly report on the same," he added He observed that most of the schools have not even reported the lost items to the police, adding that affected headmasters have been given seven days to account for them.

SEE ALSO: Private schools to get Sh7 billion from state

"It has come to our realisation that most of the teachers have not even made an effort to report for the lost items and we have given them seven days to account for the items," said director. Okello called on schools to work closely with the security officers in ensuring that the safety of the devices are put in place. "We are asking headteachers to work closely with the security organs in making sure that the gadgets are safe and not stolen.  The government has spent billions of shillings and the gadgets should be put in proper use,“ said the commissioner.

No glitter for Pokot women gold