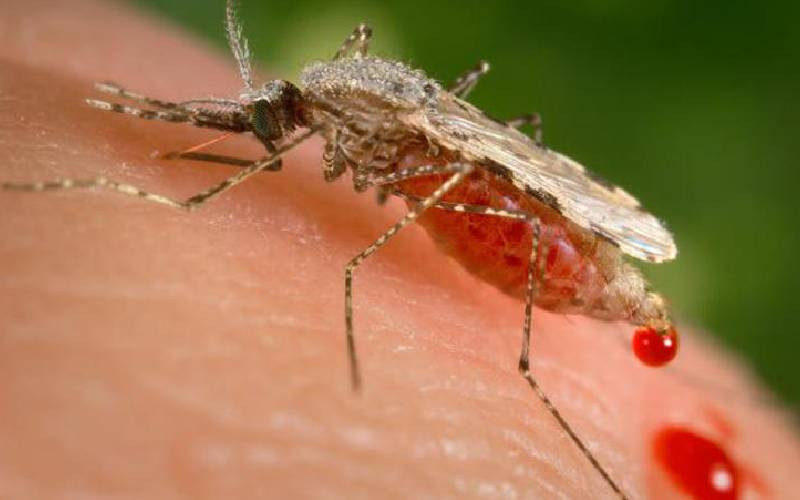 While the government declared a decline of malaria burden in the country in the last decade the WHO report showed that there is still work to be done. The 1.3 per cent represents nearly three million people globally, with deaths rising from 11,768 in 2020 to 12,011 in 2021.

According to the Kenya Bureau of Statistics 11,787 children were confirmed to have suffered from malaria in 2020 with the disease having the second highest number of patients countrywide. These statistics clearly show that Africa and developing countries have borne the brunt of this disease.

In Kenya the country has over the years made great strides in dealing with the disease. It has given out treated mosquito nets, sprayed the living areas in malaria prone regions and ensured adequate testing. These have all contributed to significant drop overs the years, but the latest health report shows more needs to be done to attain zero malaria deaths.

Past cases have shown women and children being the major victims of the diseases, often causing devastating health, social and economic challenges. Besides physical pain, the diseases fuel poverty and stifle any form of growth. The patients are marginalised and overlooked in many economic plans.

Besides malaria the continent continue to suffer from other common and preventable disease like rabies, tuberculosis, dengue, chikungunya, sleeping sickness, leprosy, lymphatic filariasis, mycetoma and river blindness among others.

Africa should do all it can to discard the sick continent tag and earn respect on the global stage. When a country is always on the news over outbreaks and deaths from curable diseases, few people would wish to visit or do business with it.

Kenya, on the other hand, must follow in the footsteps of Algeria, Lesotho, Mauritius and Morocco that have been declared malaria-free by WHO. This should motivate other African countries to scale up the fight against the disease through simple and affordable measures like clearing stagnant water and bushes around living quarters, sleeping under treated mosquito nets and treating the disease early enough.

There is need for upscaling use of the malaria vaccine. Health experts and scientists must not get complacent in combating it. Covid-19 pandemic further demonstrated the need for constant vigilance and huge investment in health facilities and personnel.