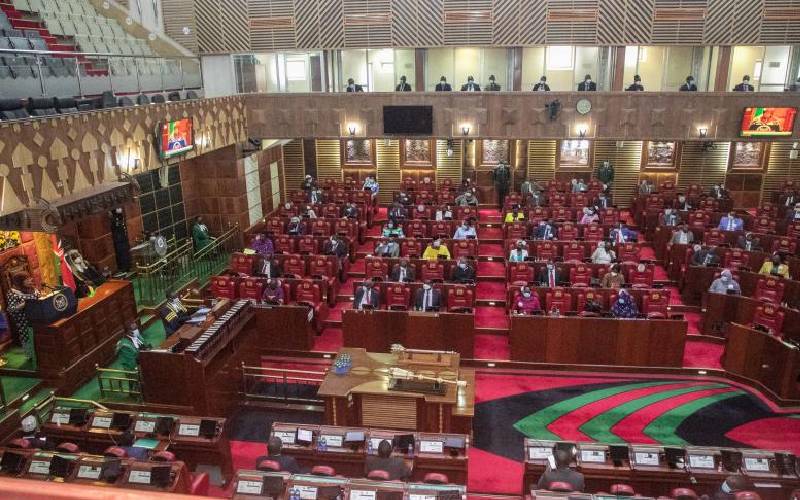 Debate and disagreement are at the core of any true democracy. But when a confluence of selfish interests rises to the fore, it results in conduct offensive to the canons of decency and fairness that define any civilised society.

Last week’s parliamentary vote for constitutional amendments as proposed by the Building Bridges Initiative (BBI) betrayed as much. It revealed, not a desire to foster national unity and inclusivity, but a war of attrition between various factions of the political elite. Following the exultation, chest-thumping and threats from the side that carried the day, two fundamental questions arose: Is the Constitution being used for purposes for which constitutions are created? Is the process of constitutional amendment people-driven, when it is the political elite that are celebrating it while wananchi remain clueless or indifferent?

It is important to understand the function of a constitution and why ignorance always leads to abuse. Simply put, a constitution is meant to be a supreme law which states in broad terms of principles, how a nation wishes to be governed. The people, through the Constitution, paint the broad strokes of their aspirations. These are then operationalised by Parliament via legislation. Where the picture is technical, Parliament delegates its legislative ability to independent commissions or CSs to make regulations. In this hierarchy of Constitution, Parliament and independent commissions and CSs, the lower the structure, the more detailed the provisions become.

The Constitution, in certain aspects, has details of regulation. It gets into the nitty-gritty of minutiae that should be the preserve of the lower end of the structure. Because the process of its amendment is onerous, an inflexibility to changing times soon arises.

Truth be told, the Constitution has arrived at this state of rigidity because Kenyans have allowed politicians to use it as an insurance policy against each other. Because of mistrust within the ranks of the ruling elite, the supreme law has been used as a safeguard against one going back on their word. For instance, the 1992 amendments were about securing multi-party elections, as were the IPPG agreements of 1997. The Government of National Unity following the disputed elections of 2007 was anchored in the old Constitution by an amendment, thus securing the interests of the feuding elite.

The BBI is consistent with that abuse. The amendments it proposes usurp even further, technical provisions better handled by independent commissions and CSs. This makes for an unwieldy supreme law. One wonders how it will fare in the face of the onslaught of the massive generational change that is coming. Will it survive this change?

Yet, if the BBI was truly people-driven, it would be amenable to input from those who have pointed out fundamental flaws. It would transcend the concords of the biggest political rivals of the day and remove the strictures that prevent those in power from reaching across the divide to bring on board talent necessary in moving the country forward. It would borrow from the USA where president Barack Obama made his political adversary Hillary Clinton his Secretary of State.

But the BBI only casts itself as a people-driven because under the present constitutional dispensation, it is the most efficient way of amending the Constitution. Its objectives remain the same selfish abuse. And the changes it proposes will only endure until the next flavour of the month comes up with new ones.

Education stakeholders should have fresh talks on bringing back school ranking.

By Njoroge Kinuthia | 1 day ago

By Kamau Ngotho | 5 days ago