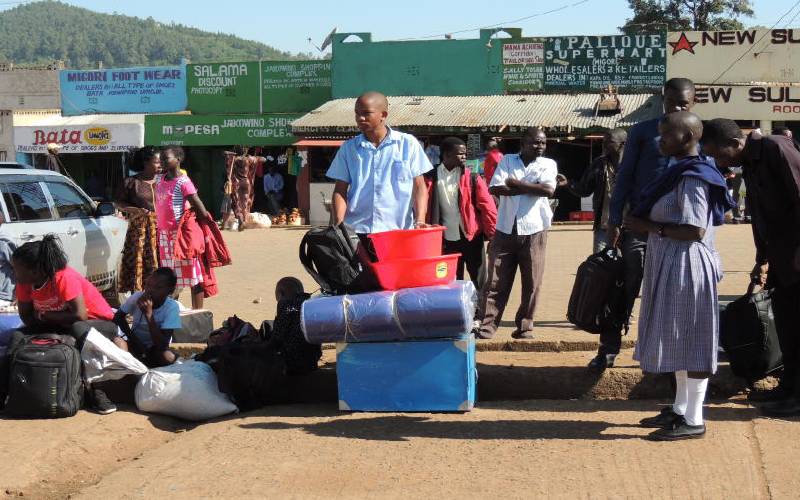 Today marks the beginning of a new school term, at a time that many families are agonising over their children’s school fees.

Despite a pledge by the government that it will ensure 100 per cent transition from primary to secondary school, grinding poverty has seen thousands of bright children from poor families locked out of school for lack of fees year after year.

Kenyans will, therefore, be keenly watching to make sure that all those involved in the allocation of school bursaries do so with impartiality and on merit.  By denying a deserving poor child a bursary, we, as a nation, will stand guilty of killing a young persons dream.

In the past, both the government and the National Government Constituencies Development Fund (NG-CDF) bursaries have been dogged by reports of nepotism, where deserving cases are overlooked and bursaries awarded to relatives and friends of politicians and bursary fund officials.

Were disburses Sh36m bursary funds for needy learners in Kasipul

Where needy learners can secure scholarships

Indeed, we have had cases where politicians use bursaries to reward supporters and punish their rivals. So dire is the situation that in some cases, politicians are reputed to allocate bursaries per polling station.

This year, we must de-link school bursaries from politics. We must loosen the grip that politicians have over the NG-CDF bursaries by disbanding committees that operate under the whims of politicians.

Local community leaders, including village elders and church leaders at the grassroots, who know bright but needy pupils in their neighborhoods should be fully involved to ensure no needy child is left out.

The entire process must be transparent with lists of those awarded bursaries subjected to public scrutiny. It is not enough to announce figures of bursaries allocated without showing whether the monies were allocated to deserving cases.

Still, government bursaries might not be enough to take all needy children to school. The 9,000 government-funded scholarships are a drop in the ocean compared to the number of bright but needy children out there.

As such, every Kenyan must take it upon themselves to reach out to their neighbour’s child and contribute in any possible way to ensure they do not miss school for lack of fees.

We applaud initiatives by the corporate sector to set aside scholarship funds as part of their corporate social responsibility.

However, more individuals and corporates need to come on board. Schools must also be more humane by ensuring that they do not lock of children whose parents might not be able to raise the entire amount of fees upfront.

Let us pledge that no child will be locked out of school for lack of school fees this term.