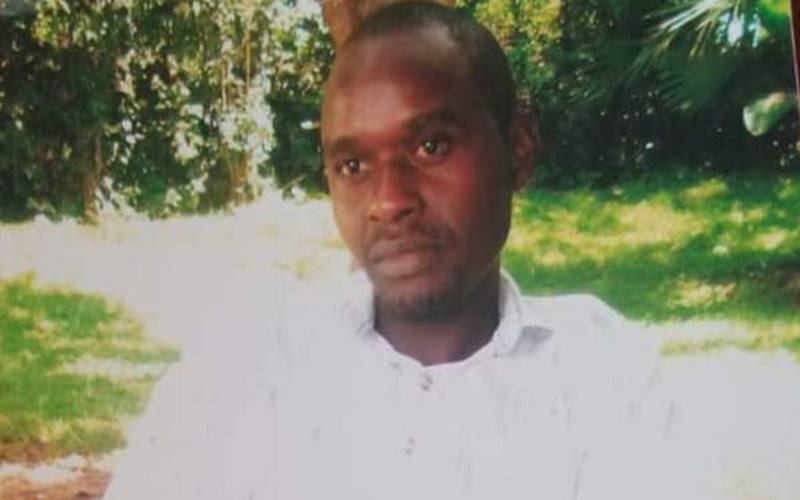 The wife of the murdered Kitui youth leader Benjamin Muema Kinyali (pictured) has been released on a Sh500, 000 bond with a surety of similar amount.

Principal magistrate Johnstone Munguti yesterday ordered Salome Kathini Wambua alias Kathy be released on bond until May 7 when the matter will be mentioned.

Munguti rejected a plea by police to detain Salome at the Itoleka Police Station for two weeks to enable investigators to complete probe into her husband’s murder.

Salome’s lawyer objected the police application arguing that the accused was a mother of school going twins and she needed adequate time to prepare the children for the opening of schools next week.

He said Salome was a public servant and therefore she would abide by the conditions and terms of the bail.

Last week, judge Munguti ordered Safaricom to furnish homicide detectives who are investigating Kinyali’s murder with telecommunication records between him and his wife.

Kinyali’s partially burned body, popularly known to his friends as BMK, was found dumped at Kavou Stream in Lower Yatta.

The court has earlier given the detectives permission to further detain for seven days the deceased’s wife at Katulani police station.

Police led by Katulani OCPD Eric Ng’etich told the court they wanted to establish if the widow might have had a motive to kill BMK.

The couple is said to have had a problematic relationship in the last six months.

The officers informed the court that they wanted to hold the widow for further interrogation to narrow down on other suspects who might have participated in the killing.

Kinyali was an official of the National Youth Council in Kitui Rural. He was also a businessman with interests in real estate and road construction.

The family’s spokesman Jorum Mwalimu called for speedy investigations, urging the public not to speculate on the matter but leave it to the authorities.

“We wish for justice to be served to the family of our son,” said Mwalimu.

Clement Omollo’s body was recovered in the morning of February 8 along Kakamega-Webuye Road.

By Joackim Bwana | 6 days ago