Wrong perceptions must not rob us joy of the new year 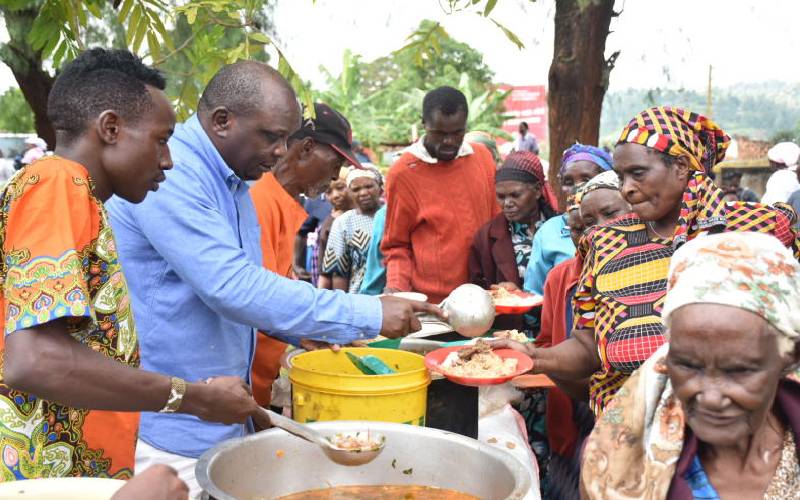 A pastor friend tells the story of a couple who threw a Christmas bash for their friends. On Christmas eve, as the mother of the house was picking some vegetable from their garden, she noticed some beautiful mushrooms that had sprouted in the garden, all on their own. The thought of serving homemade mushroom soup to her guests immediately came to mind. But she was not certain whether the mushrooms were edible or poisonous. When she shared the idea with her husband, they agreed they should cook a little soup and give to the dog, then observe him overnight. If nothing happens, they would cook and serve the mushroom soup to their guests. The following morning, the dog was up and about, with absolutely no sign of sickness. Conclusion – the mushroom was fit for human consumption. Thus, the tastiest cream of mushroom soup was the starter at a sumptuous Christmas meal.

After the guests and their hosts were through with the meal, they retired to the lounge to enjoy hearty moments on Christmas afternoon. It was then that the young boy of the house came running to the mother, from where he had been playing with friends. “Mum, Mum! The dog is dead!” The mother stood up stunned and speechless. The father joined them and pulled the mother aside. They conferred on what to do with the guests. Finally, they decided to come clean and tell the guests the full truth, so that they could all take some emergency measures.

Upon the breaking of the news about the mushroom soup to the guests, the impact was instant. Some began to throw up uncontrollably. Others collapsed into convulsions. As the father ran to call for emergency services, the boy looked astounded. He approached the father to find out why everybody was so affected by the news of the death of the dog. The father explained the circumstances to the boy. “But Dad,” said the boy in shock, “the dog was hit by a car!” That is the power of perception!

It is amazing but, many of the issues that affect our lives and cause us convulsions, are often due to mere perceptions. Studies have shown that human perceptions can have far-reaching ramifications on individuals or groups. Depending on how entrenched they are, perceptions can be so real as to be life-changing. Whether it’s your life in general or a specific situation, your perception creates your reality. The story of the wild mushrooms, the experiment on the dog, and the subsequent news of the death of the dog, created a perfect picture of food poisoning in the minds of the couple and their guests. It thus triggered similar reactions to what they would have experienced if they had indeed consumed poisonous mushrooms.

What is so sad is that in Kenya, our lives are literally driven by perceptions. Words, events, and actions are looked at through the lenses of our biases, which often create totally different meanings for different individuals. This may explain why we fight over almost everything. From public appointments to criminal arrests; and from BBI to 2022 alliances. Depending on where one stands, each of these and more is readily viewed through ethnic lenses – which in turn completely colour our perceptions. And when the truth is blurred by lies and misinformation, perceptions become reality, and all is lost. Consequently, we are all over puking on one another’s shoes, over the news of a dead dog – but whose death has absolutely nothing to do with the great meal we are enjoying.

Looking at some utterances and actions of some of our leaders in recent past, perceptions seem to be driving us to dangerous zones. The BBI, for example, which was ostensibly meant to unite Kenyans, has now become the centrepiece of some of the most vicious political battles. Stories have been created around it such that it no longer has the appeal that it once held. Instead, the nation is now held on tenterhooks as political leaders trade verbal tirades over – we can’t tell what. Though we are busy wishing one another a Happy New Year, it seems clear that the news of the dead dog cannot allow food to settle in our stomachs. But, with the high prevalence of fake news in our days, the only way to escape convulsing at every piece of information, is to be patient and verify the facts before acting or reacting.

Raila says BBI report out soon, hits out at critics