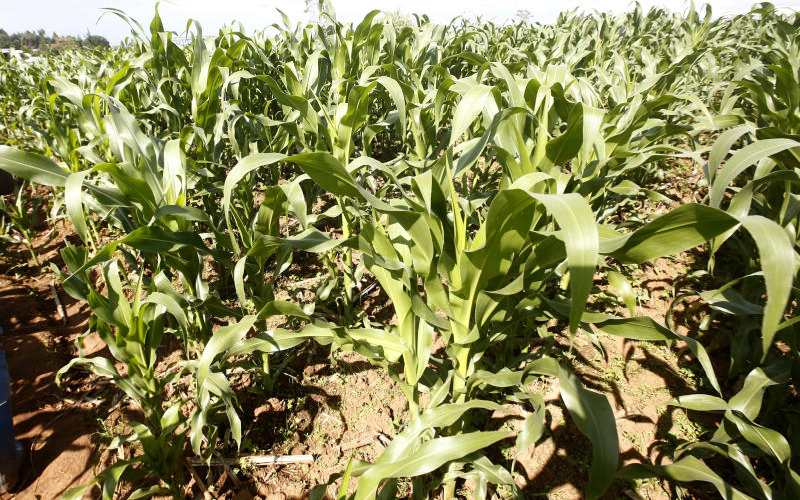 More than a year after the maize taskforce report was handed to President Uhuru Kenyatta, farmers in North Rift want the report released for public.

The call comes at a time when maize farmers in Trans Nzoia are a month away from harvesting this season's produce.

About 5.6 million bags are expected to be harvested in Trans Nzoia County.

The farmers have raised concern over the fate of the National Cereals and Produce Board (NCPB) which has failed to offer a plan to purchase maize from farmers for a second year running.

In some areas, harvesting preparations are in top gear as middlemen position themselves to buy the crop at a throw-away price.

“Our crop is ready for harvest, but we are worried about the market. The government has not shown any sign of buying the crop,” said Richard Chesebeh, a farmer in Trans Nzoia.

Despite the challenges posed by the Covid-19 pandemic, farmers are positive that this season harvest will be impressive due to favorable climatic conditions.

"Farmers braved many challenges posed by Covid-19 during the planting season and are excited that the production is motivating. The only worry is the market," said William Kimosong, the chairman of Kenya National Federation of Farmers.

Kimosong added that the government has offered limited support to farmers after it ended the popular fertiliser subsidy programme and cut back maize purchase by the NCPB.

“The production is encouraging because of the good rains, and we thank God for that. Our fear is that the government is likely to not buy the crop and leave us to the mercy of middlemen,” Kimosong said.

He claimed that the failure by the government to support maize farmers could give an opportunity to unscrupulous business operators to import maize while farmers languish in poverty.

“It is like some people in the government are out to weaken farming in order to import cheap maize. The government has pulled out of the maze buying business and neglected us,” he said.

Speaking in Kitale, Uasin Gishu Governor Jackson Mandago and his counterpart Patrick Khaemba who co-chaired the task force said they presented their findings to the national government in February last year.

The governor said the expected reforms in the maize sector will enhance food production and increase farmers’ earnings.

"It is one and half years since we submitted our report, and we don’t know why the government has not acted on the findings. We expect reforms in the maize sector to propel production and enhance farmers’ income," said Khaemba.

Lifestyle factors that may interfere with sports

Lifestyle factors that may interfere with sports

How to survive in freezing environment while training

How to survive in freezing environment while training