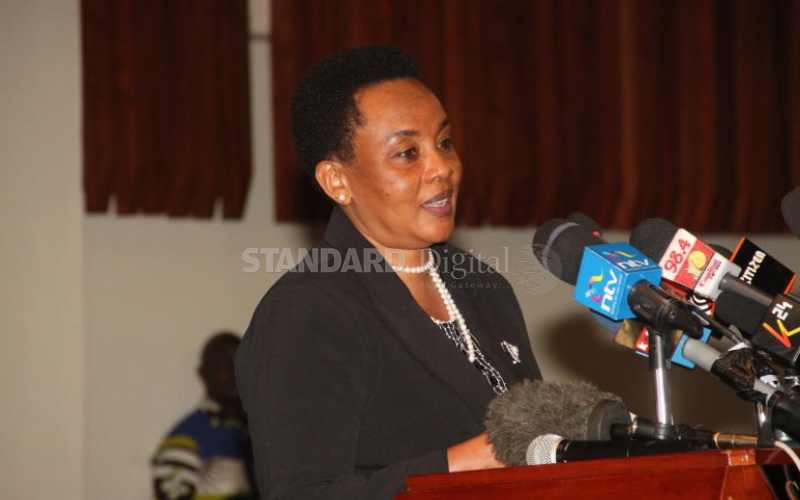 In a statement to newsrooms, the acting CJ said the courts' structural deficiencies caused by modifications undertaken on the building in 2014 still make it unsafe.

“The Judiciary prioritizes, above all, the safety and security of its staff and other court users. Consequently, the decision has been taken, in consultation with the Presiding Judge, the CUC and other stakeholders at Kericho Law Courts, to close the building for an initial period of two weeks,” Mwilu said.

In the meantime, the hearing of cases will continue via virtual platforms and all documents filed online, she announced.

When she issued the first notice, Mwilu said the court will remain shut for two weeks to allow time to re-construct the building and ensure the safety of the Judiciary staff.

Former President Uhuru Kenyatta's Aide-De-Camp officially takes over as Kenya Army Commander
National
By David Njaaga
32 mins ago
Life goes on after elections, regardless of who wins
BLOGS
By Cosmas Butunyi
1 hr ago
Tiny African kingdom has skiing as Europe sweats summer heat
News
By AP
1 hr ago
Five IEBC officials arrested for malpractice in Bungoma, Homabay
National
By Mate Tongola
1 hr ago
.

By Ndung’u Gachane 19 hrs ago
Uhuru Kenyatta: The fall of BBI is my greatest regret