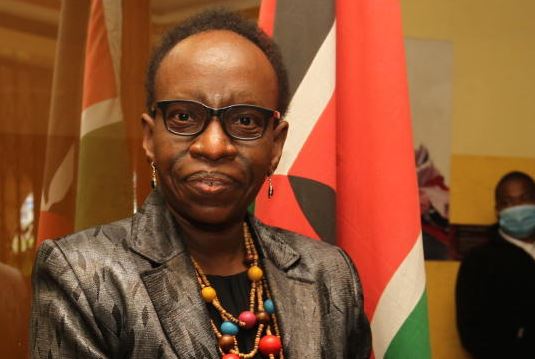 A report by the Auditor General has revealed counties took over the role of the national government, resulting in irregular expenditure.

The 2018/2019 audit revealed counties made contributions to the Council of Governors (CoG), taking over expenses which should be met by the national government.

Auditor General Nancy Gathungu (pictured) revealed that Samburu County contributed over Sh5 million to the CoG in the year under review.

The payment, the audit stated, contravened Section 37 of the Inter-Governmental Relations Act, 2012, which stated that all operational expenses of the CoG shall be met by the national government.

The county further paid a law firm Sh7 million, out of Sh15,496,000 demanded for legal services. The Sh7 million was partial payment for services rendered by unnamed legal firm.

The unpaid balance of over Sh10 million, it was revealed, attracted interest at the rate of 14 per cent per annum as provided for in the contract signed with the legal firm.

The Auditor General said CoG did not explain why the county Executive chose to act for the national government in a matter tasked to the attorney general by law.

"Although the services were contracted by the county Executive, they entailed defending national government in legal suit. Consequently, the expenditure totaling Sh17,570,907 incurred on the legal suit was irregular," read the audit.

Bomet County also made irregular payment of Sh5 million to the CoG.

Nyeri County also made an irregular payment of rent for CoG office.

During the year under review, Nyeri County allegedly paid Sh3,698,242 as contribution to rental payments for CoG liaison offices located in Westlands, Nairobi.

The audit noted that there was no plausible explanation provided for the irregular payment.

Landowners have threatened to move to court to stop construction of Sh5 billion Eldoret eastern bypass until they are compensated.

By Jane Mugambi | 31 minutes ago

By Marion Kithi | 4 hours ago

By Bakari Ang’ela | 7 hours ago