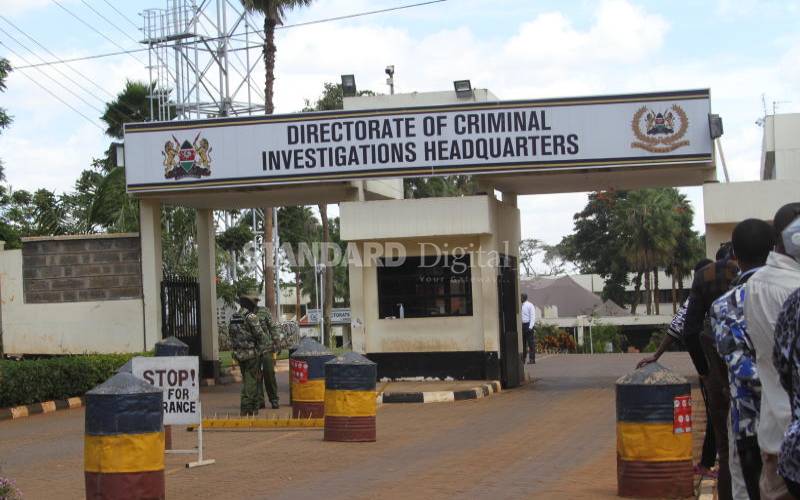 Former Nairobi Governor Mike Sonko will in less than a week be required to appear before DCI to record statements.

This is after DCI Chief George Kinoti this evening issued summons to the ex-governor directing him to appear at the DCI headquarters, Kiambu Road.

Sonko has been directed to appear in person at the head of the Serious Crimes Unit next Monday at 8 am.

The former Nairobi county chief will be required to shed light on claims that Interior PS Karanja Kibicho and himself jointly participated in crime in 2017.

The ex-city boss has also been directed to present himself to defend his position.

The summons by the DCI head of Serious Crime Unit Kuria Obadia come a day after Kibicho recorded his statement with the DCI.

Kibicho has asked the DCI to investigate Sonko over his utterances last Sunday in Dagorretti.

Sonko claimed that together with the Interior boss had disguised as ODM supporters and went ahead to plan chaos in Nairobi during the 2017 electioneering period.

He spoke in Dagoretti at a function also attended by Deputy President William Ruto.

“I want to reveal here that in 2017, I and Kibicho, together with the system, printed ODM T-shirts, bought second-hand cars, then burnt them on Ngong Road to be seen it was ODM supporters that had burnt them," claimed Sonko.

Kibicho who addressed journalists on Monday, moments after recording his statement, distanced himself from the allegations and accused Sonko of character assassination.

The PS vowed that he would be seeking legal redress over the allegations by Sonko on the matter and other allegations on the death of former Vice President George Saitoti.

Sonko has also claimed that there were plans to kill him (Sonko) as wells as the DP.

Shares do not sit directly with the broker, they sit with the Central Depository and Settlement Corporation (CDSC), which is an independent body

By Lydiah Nyawira | 2 hours ago