Wiper leader and former Vice President Kalonzo Musyoka has paid glowing tribute to Bishop David Nguli Kalua, who passed on last week at the age of 83.

The former prison warden and later chief gardener at State House Nairobi was eulogised as a true servant of God and a diligent environmentalist.

At Citam Karen, Nairobi, during the funeral service on Thursday, Kalonzo said it was Bishop Kalua who introduced him to former President Daniel arap Moi, just before he began his political career.

At that time, Kalonzo was eking out a living as a lawyer in the city, while his mentor had started off as a prison warden before graduating to manicuring the State House lawns on working days and nourishing souls during weekends as a bishop.

Kalonzo: Mzee Moi told me to work with Uhuru and Gideon for unity 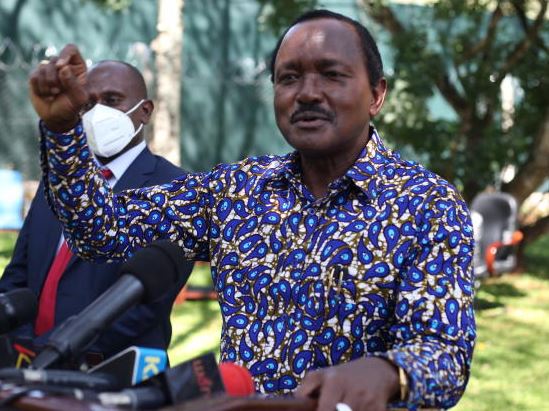 Former Kitui Senator David Musila said he knew Bishop Kalua as a forthright man and a humble giant. “I knew him well because he worked at State House during President Moi’s leadership and I was the provincial commissioner for Central Province. He served his country with dedication,” Musila said.

Bishop Kalua will be remembered for among other things, dutifully adorning former President Moi’s suits with a fresh rose, especially during special occasions. He will be buried today at his home in Kitui County. He is survived by his wife Deborah, four children and several grandchildren.

The court heard that police intend to subject the mobile phones of the deceased and the accused to a forensic probe in their search for answers.