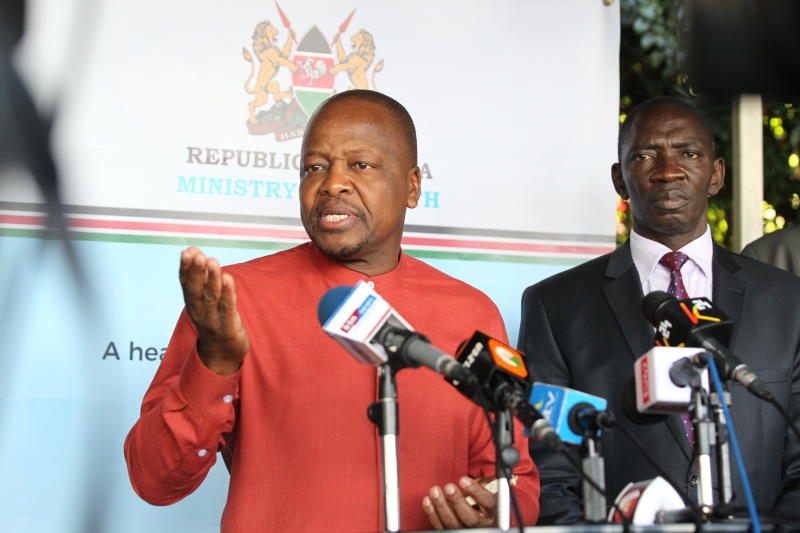 As positive cases of Covid-19 continue burgeoning in the country, Health CS Mutahi Kagwe has expressed concerns over Embakasi area hinting on further measures likely to be imposed.

“Embakasi now has become a serious hotspot. If you are living in Embakasi area, you need to know that Embakasi is a hotspot and further measures may have to be taken,” said the Health CS.

However, the CS has also painted a mural of confidence through a new facility set to be opened within a fortnight at Kenyatta University Referral and Training hospital which will help in dealing with the increasing Covid-19 cases in the Capital.

“In the next two weeks or so we shall be opening another facility at Kenyatta University Referral and Training Hospital. We are opening a facility with an extra incremental 500 beds and 60 ICU beds,” said the Health CS during the daily MOH briefing.

The new facility will help relieve the load of most private and public hospitals especially in Nairobi which are stretched in service delivery and ICU capacity.

The CS has hinted to a possibility of some patients being taken to county facilities for treatment because of the low numbers of patients in counties and availability of resources such as beds which are currently not in use.

“Most counties facilities that I’ve visited including last week were fairly empty. Even those with ICU units were empty… If Nairobi gets too overwhelmed before the counties it might be possible to do the other way round (sending them to other counties for treatment),” said CS kagwe.

The CS has asked Kenyans to ignore criticisms directed at counties about their unpreparedness in dealing with the pandemic and instead guaranteed Kenyans that counties are ready. He gave an example of Kwale county where if the county has 72 isolation beds in Msambweni, and explained that it is not all they have but have others in different locations of the counties.

“As we advised them, maybe it is not a good idea to have all isolation beds in one spot because some of those areas are large. The more spread they are, sometimes the better,” said the CS.

The news of the new facility comes as Nairobi continues recording the highest positive cases on a daily basis. The Capital has recorded 448 out of 699 positive cases in the last 24 hours.

The residents, calling themselves Kitet Maasai Community, fear a possible eviction from the 4,500 acres

By Rose Mukonyo | 47 minutes ago

By Tobias Chanji | 7 hours ago

By Jacinta Mutura | 11 hours ago