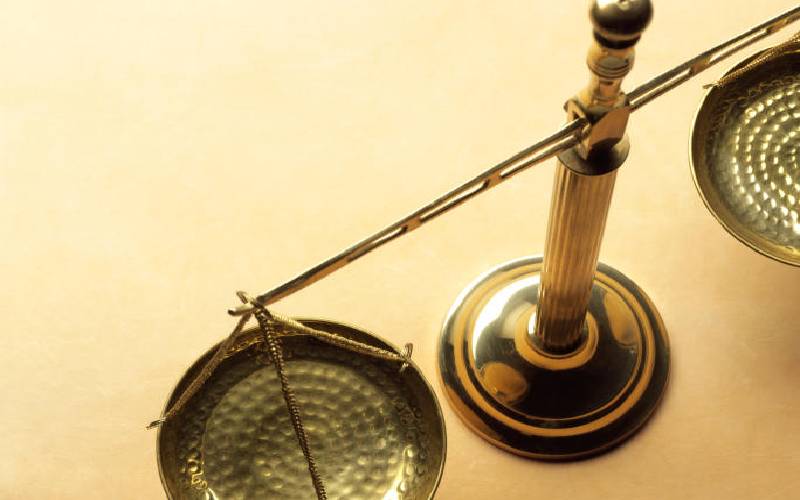 Corruption; the misuse of entrusted power for private gain is a societal ill that has plagued our nation since independence. It is mostly endemic in the highest echelons of public office. As the dust settles on the attempted impeachment of Kirinyaga Governor Anne Waiguru, it is clear that there is a certain bias by the general public when women are involved in the vice or face accusations.

Both Development specialists and laymen have an ingrained belief that women tend to be less corrupt than men, and this may explain the behavior behind their unequal treatment when faced with a scandal.

The recent attempted impeachment of Waiguru, who was later acquitted by the Senate for lack of evidence, and the simultaneous conviction of Sirisia MP John Waluke paints a grim picture of the gender bias perpetuated by society.

The former was greeted by derision and disbelief, along with the questioning of the impact of women leaders, while the latter was treated as the archetypal politician, his gender was not brought up at any point in time.

This case shines the light on how far equality for women is far from being attained. Society still views women as just that, and not by the roles they play, be it heading a county, or a country for that matter.

The first thing people see is, “she is a woman”. It is not the case when a man is in a similar situation. Poor leadership has nothing to do with gender, and history shows it.

While it is important to celebrate the gains made in pushing women to hold leadership positions, they should also be held accountable for their actions and decisions, simple based on what took place and the evidence adduced.

Across the world, Dilma Vana Rousseff, who was the first woman to hold the Brazilian presidency, was impeached, found guilty of breaking budget laws, and subsequently removed from office.

Park Geun-Hye, South Korea's female ex-president was jailed for 24 years for corruption. They were both the first female presidents in their respective countries, countries in which democracy thrives, and scandals are met with swift consequences, as their male predecessors can attest.

Édith Cresson, the first woman to be Prime Minister in France, had her political career end in scandal from corruption charges while she was the European Commissioner for Research, Science and Technology. She served for less than a year as Prime Minister, as she lost popularity due to her racist and homophobic statements. So far, none of the other male politicians holding this role have lost popularity due to their discriminatory policies which have mostly adversely affected their former colonies.

However, the idea that women are less corruptible is not without grounds. Perhaps the most exploited demographic with regards to corruption, are matatu operators, and a brief chat with any will lead to a conversation claiming that it is easier to ‘convince’ a male policeman to ‘turn a blind eye’ than a female police officer.

Women’s roles in society, such as being the primary caregivers in households, have people convinced that they are kinder, more generous, and have stronger values.

In 2010, a primer by UNDP (Corruption, Accountability, and Gender: Understanding the Connections), explained that lower levels of corruption by women holding public office may be because corrupt activities may run in networks (typically all-male), formed on patronage relationships or based on long-established political ties. Women, who are perceived as newcomers, have limited access to these networks, and have fewer opportunities to engage in the vice.

Research has shown that in autocracies, where there are fewer consequences for engaging in the vice, women tend to be just as corrupt as men. However, in democracies, with sanctions for misbehavior put in place, women show a higher intolerance towards corruption. So are women less corruptible as they are more risk-averse?

At the end of the day, even if there is no evidence that women are intrinsically less corrupt than men, increasing women’s participation is still a desirable policy choice. Even if it were not to reduce corruption directly, it would contribute to gender equality.

Third-placed Leicester City’s winless run since the restart of the Premier League season continued with a 2-1 defeat by Everton at Goodison Park on...

By Tobias Chanji | 4 hours ago