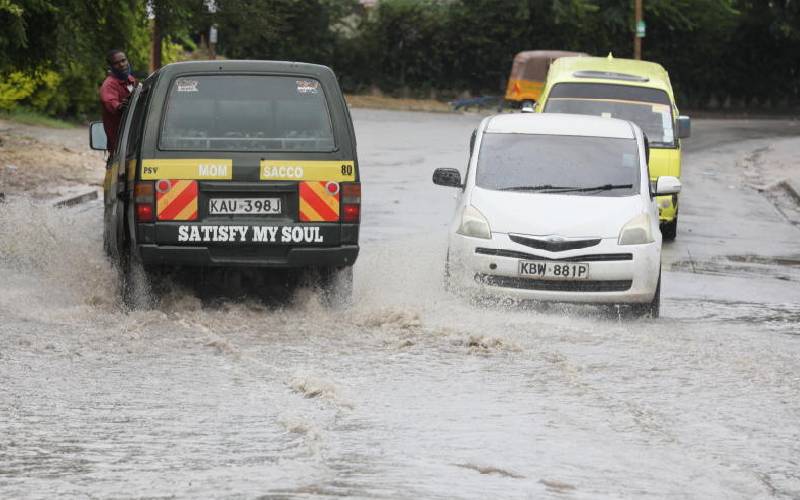 A forecast of the rainfall situation by the weatherman indicates that moderate rainfall will be experienced in the highlands west of the Rift Valley, Lake Victoria Basin region, northwestern, parts of the Highlands East of the Rift Valley including Nairobi as well as the Coastal region from Friday June 5 to Tuesday 9 of June 2020.

“The rains are expected to intensify from Sunday to Tuesday to over 20mm in 24 hours,” the weatherman said in a statement.

Director of Meteorological Services Stella Aura, in the statement, called for measures to be put in place to avoid loss of life and property during the expected landslides and flooding.

Aura has warned residents living along major river basins in the affected areas to be on the lookout as the levels of the rivers and dams are expected to rise.

She also urged people living in landslide prone areas especially in Western Kenya and other hilly areas to be on the lookout for cracks in the ground and take the necessary measures to safeguard their lives and property.

“People should be on the lookout for cracks on the ground and take necessary measures to safeguard their lives,” she said.

Motorists are also advised to avoid driving through moving water with people being told to avoid walking in moving water or open fields. They should also not shelter under trees or near grilled windows to minimise exposure to lightning strikes.

“Motorists should avoid driving through flooded areas. Cases of lightning strikes are still probable in Western Kenya contingency measures should be put in place to avoid loss of lives,” she added.

The heavy rains accompanied by strong winds may result in rough seas along the coast; hence fishermen and the entire maritime industry should be on high alert.

All are urged to listen to local media as updates will be provided if conditions change significantly.

By David Njaaga | 8 hours ago