Swarup Mishra: I will resign if kidney smuggling claims persist 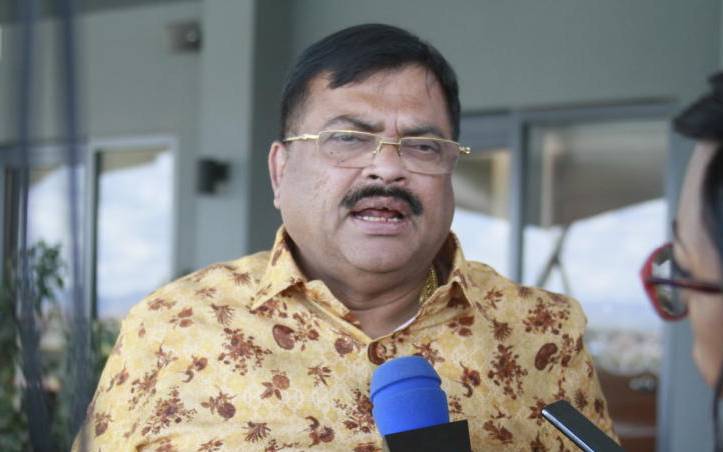 Kesses MP Swarup Mishra (pictured) has threatened to resign if social media attacks against a hospital he owns persist.

Dr Mishra who is also the Vice-chairman of the Health Committee in the National Assembly vehemently denied allegations that The Mediheal Group of Hospitals is involved in a kidney smuggling racket as claimed by critics.

Mediheal Group of Hospitals owned by the MP has been the subject of criticism since last November after the hospital announced that it had appointed Prem Kumar Gokul as the hospital’s Vice President.

Dr Gokul, according to social media critics is allegedly involved in a kidney smuggling scam in several countries.

But on Friday evening, Dr Mishra, an ally of Deputy President William Ruto came out guns blazing, saying the claims are untrue.

He said the social media criticism against him and the hospital are orchestrated by local politicians in a scheme to tarnish his name with an intention of unseating him in the 2022 general elections.

Mishra threatened to resign as MP if his hospital’s social media tormentors continue tarnishing his name and that of the health facility that has branches in Eldoret, Nakuru and Nairobi.

According to the MP, social media attacks are aimed at blackmailing him to offer some money to bloggers.

“I will resign if I see social media attacks again. I don’t care! They (critics) believe that I will give them money when they insult me on social media,” Mishra said in Kesses after issuing bursary cheques worth Sh75 million.

He said his critics have been accusing the hospital of fraudulently sourcing and smuggling kidneys from Nigeria, Malawi, and India.

“If you (political detractors) don’t want Mishra, tell me in a nice Kalenjin word and I will respond momii ng’ala, otestai (there is no problem, you can continue my work),” the lawmaker said.

He said he does not need to be a legislator to spearhead projects in his Kesses Constituency and urged critics to come out and declare their interest in his seat instead of using bloggers.

Mishra said the social media barrage will not stop the hospital from offering high-quality health care in Kenya.

“You think I can’t help people without an elective position? I need no MP seat to assist people. Those fighting me want to kill medical technology and medicine in this country,” a visibly angry Mishra told the critics.

He said the attacks are aimed at derailing his development plans that include uplifting the lives of poor families through the delivery of cows as well as scholarship opportunities to students from needy families.

A walk in Karen Gables, the house that Chris built in this leafy suburb is like walking back in time.

By Hellen Miseda | 3 hours ago

By Michael Saitoti | 3 hours ago