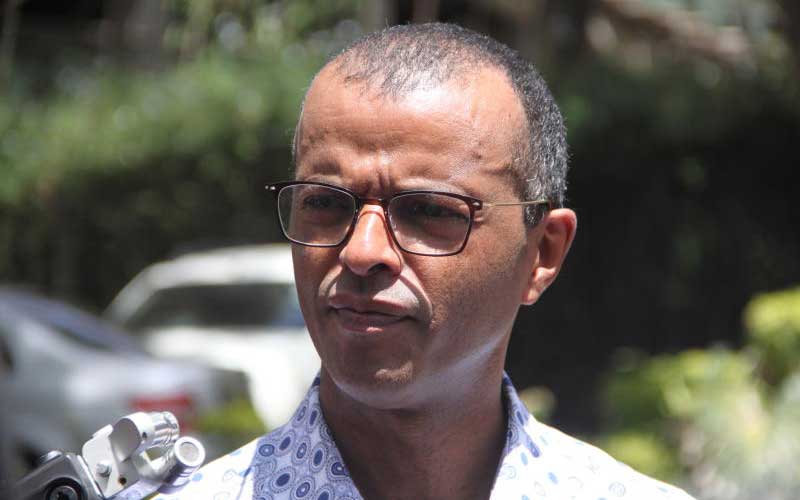 Philip sensationally claimed his stepmother Selina Murgor and stepsister Elizabeth Komen were using evil charms to keep him from having a share of his late father Charles Murgor’s estate.

Philip made the claims while cross-examining his stepbrother George Murgor who was testifying in the succession matter that is being presided by Justice Olga Sewe.

“Your honour my elder sister Elizabeth and her mother Selina practice witchcraft and they have instilled fear into George so that he can lie about Kalyet farm,” said Philip.

He also noted that the same charms had been used to influence his father to practice polygamy.

After Philip’s assertions, Elizabeth burst into screams out of anger attracting the attention of the presiding judge.

Justice Sewe warned her to control her temper or get out of court.

“I am not going to allow disruption of court proceedings. You either control your temper or get out peacefully,” said Sewe.

Philip is the first-born son of Christine Murgor who is now deceased.

The properties which are the subject of contention are a 250-acre land in Turbo constituency and Kalyet farm in Uasin Gishu County which  measures 1,400 acres.

Others are Chebenyinyi farm and several prime plots in Iten town.

Christine’s children led by Philip want a share of the  land in Turbo and Iten. At the same time, they don’t want siblings from their father’s other wives to have any part of Kaylet farm.

They argue that the farm was bought by their mother through a bank loan she undertook.

Philip said that his father lied to his other siblings that he contributed to the purchase of Kaylet farm.

“My father was in a serious financial problem that he could not afford to purchase the 1,400-acre Kalyet farm. It was my mother who bought it,” said Philip.

His stepbrothers and stepsisters have insisted that Kalyet farm should also be shared equally. The case will continue on July 19.

Police raid house in Eldoret Elgon View estate, find potted cannabis sativa plants
Rift Valley
By Patrick Kibet
28 minutes ago
The importance of bechmarking for HR
Work Life
By Tony Mbaya
49 minutes ago
Is your child the school bully?
Parenting
By Esther Muchene
49 minutes ago
Why you need to watch your health this cold season
Health
By Dr Alfred Murage
1 hour ago
.