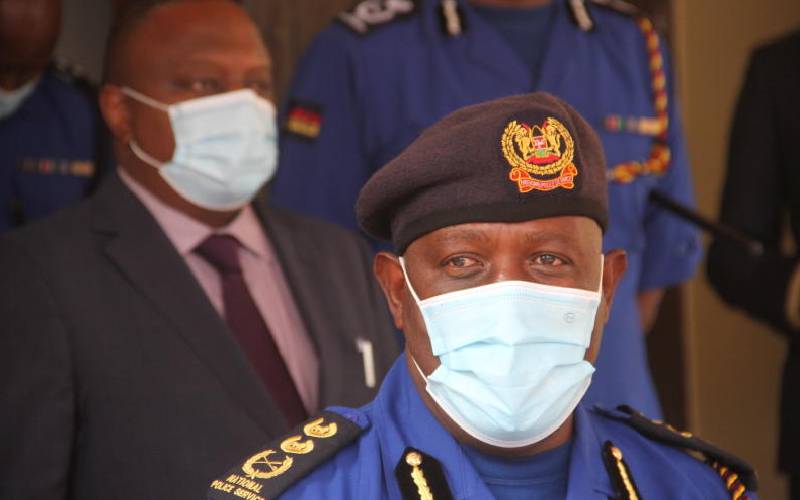 Something remarkable happened on Thursday with the publication of the Independent Affairs Unit report on  performance of the National Police Service in 2020. Several other state and civic reports have informed a growing culture of open data and evidence-based policing strategies.

Over 90 senior officers, research and human rights organisations attended the virtual launch of the 2020 Performance Report of the Internal Affairs Unit (IAU). Established under the National Police Service Act 2011, the IAU is mandated to independently receive and probe complaints against police.

The findings offer a snapshot of police professionalism and brutality during the pandemic. Police inaction, harassment and intimidation, administrative issues, and bribery, in this order, top the complaints. The IAU recorded 23 cases of torture, 13 complaints of extra-judicial executions and no case of forced disappearances. Up to 40 per cent of the 1,043 complaints came from Nairobi County and 16 per cent were reported by police officers against other police officers. Women make up only 18 per cent of the total complaints submitted to the IAU.

The figures need to be verified against other statistics released by Independent Policing Oversight Authority (IPOA), Kenya National Commission on Human Rights and Missing Voices Alliance. Separately, IPOA has recorded more than 3,000 complaints. Missing Voices Alliance documented over 144 unlawful deaths and 10 disappearances while in police custody.

The discrepancies can be explained. The IAU figures are based on what was reported and are not supposed to be nationally accurate. The idea of police officers policing colleagues is also relatively new. Fearful of the “blue code”, the practise of police officers shielding rogue and dangerous ones, most citizens still fear reporting to the police. Thirdly, the absence of dialogue among data gathering agencies does not yet allow for reliable open data verification and harmonisation.

For these reasons, publicly releasing the IAU data is significant as the Deputy Inspector General and several County Commanders present at the launch also noted. Data verification and harmonisation among agencies is long overdue. It hurts the National Police Service and helps no-one to have different figures flying around.

The deeper challenge is not just sharing information but engaging diverse constituencies, especially women and youth on how to address crime trends. Could crime data be further broken down at ward levels for discussion with resident associations, business and civic organisations? Could these fora be tasked with generating new crime reduction strategies and partnerships? Police professionalism, open crime data, public dialogue and partnerships are surest way of reducing crimes by both civilians and the men and women in blue. The IAU and National Police Service have this week made a step in the right direction.

The incident occurred at the couple’s home in Pengo Village in Iseresere area in Serengeti.

By Koome Mwambia | 26 days ago