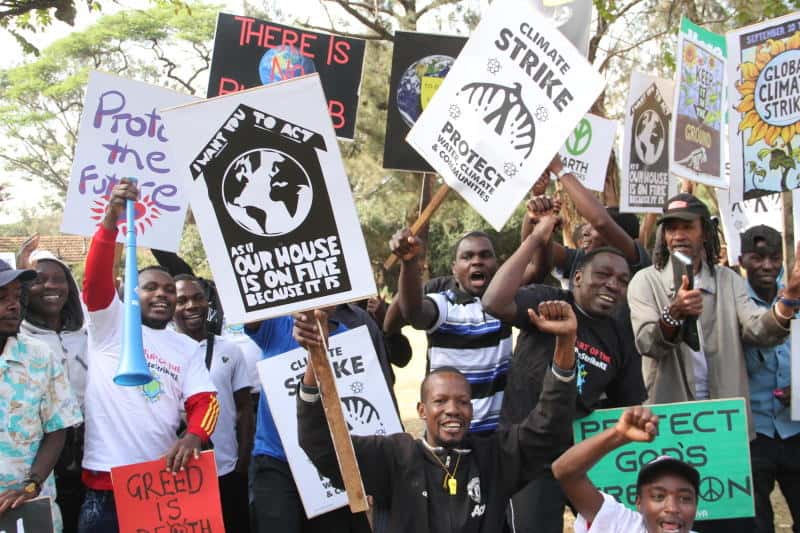 On December 12 – the day that marks the fifth anniversary of the Paris Agreement – several world leaders came together to celebrate the resolve of so many across the globe in working towards a safer, more resilient world with zero emissions.

In the past five years, that resolve has been tested many times. In the last year in particular, our global community has been hit by a virus that is having long-lasting seismic impacts on our societies and economies.

Amid the pandemic, is it realistic to call for stronger global action to fight climate change? We confidently say that the case is now stronger than ever. Looking at the droughts and devastating swarms of locusts in Africa, massive fires in Australia, floods in Pakistan, infrastructure collapsing in Siberia as permafrost melts, intense hurricanes in America and typhoons in Asia, a more pertinent question is: Can we afford to let things get worse?

Even before the pandemic, the European Union committed to a green transition. In December 2019, the European Commission launched the European Green Deal – a new growth model and roadmap to achieve climate neutrality in the EU by 2050. Now, a year later, we are aligning our policies in areas such as energy industry, farming, food, and biodiversity with our sustainability goals in order to match the ambitions set out in the Green Deal.

The Green Deal has been adapted to the Covid-19 crisis through the EU’s action plan for recovery from the pandemic. Our ‘Next Generation EU’ recovery package and our next long-term budget earmark more than half a trillion euros to address climate change.

To achieve climate neutrality by 2050, EU leaders unanimously agreed last Friday on our 2030 target of reducing greenhouse gas emissions by at least 55 per cent compared to 1990 levels. It will provide predictability for our businesses, industries and citizens.

It will further accelerate the fast decrease in costs of low carbon technologies – for example, the cost of solar photovoltaics declined by 82 per cent between 2010 and 2019. Achieving the 55 per cent target will in fact help us save €100 billion in the next decade and up to €3 trillion by 2050.

With the Green Deal priorities at the centre of our co-operation, the EU is preparing a comprehensive investment package for Africa to boost investments in areas with strong job creation potential, such as renewable energy, sustainable agriculture, the circular economy and digitalisation. EU funds to help Kenya to enhance its climate resilience through sustainable infrastructure are likely. The package will also include a new Africa-EU Green Energy Initiative to support large-scale sustainable electrification programmes.

Kenya, which proudly hosts UNEP, the world’s top environment authority, is already at the forefront of global climate and environmental action with its ambitious Nationally Determined Contribution under the Paris Agreement, one of the world’s highest shares of renewables in its energy mix, commitment to conservation and restoration of ecosystems, and uncompromising leadership in fighting plastic pollution. In February 2021, UNEP will gather environment ministers for an (on-line) UN Environment Assembly to pass a message to the world on the urgency of a green recovery.

The EU is proud to continuously support Kenya in achieving many of the global objectives by contributing to major initiatives such as the support to the development of mini-grids through the EU-funded Kenya Green Mini-Grid Facility, or the 310 MW Lake Turkana Wind Farm, which was commissioned in 2018 and contributes to about 18 per cent of the country’s energy generation capacity.

This flagship project was financed by a number of EU development finance institutions, including the European Investment Bank, the EU Bank that recently adopted an ambitious Climate Bank Roadmap. The EU has also strongly supported the NDMA in recent years in development of early warning systems and the mainstreaming of climate adaptation in County Development Plans.

In the EU’s coming seven-year financial perspective (2021-2027), details of which are still being discussed, the EU will prioritise, in its cooperation with Kenya, a green post-pandemic recovery and the transition to a clean resource efficient economy.

Together with its member states, the EU has put forward a package called ‘Team Europe Initiative – Green Deal Kenya’ which will support transformative actions aimed at supporting business opportunities and jobs in a wide range of sectors, from climate smart agriculture, to clean energy, biodiversity-based tourism, and circular economy.

Five years after the signing of the Paris Agreement, it is more important than ever that we all come forward with clear strategies for net-zero emissions and enhance our level of ambition for 2030.

The Climate Adaptation Summit on 25-26 January where global leaders are expected to launch a comprehensive Adaptation Action Agenda is one step in that direction.

These must also be the deliverables for the climate negotiations when they resume at COP26 in Glasgow next November, together with the delivery of the $100 billion of climate financing to developing countries.

The Covid-19 pandemic has made us aware that good public policies alone are not enough. We will also need to foster small individual actions to attain a big collective impact. This is the snowball effect we need starting from the Paris Agreement.

With climate neutrality as the direction of travel, the world can mobilise its best engineers, business people, policy makers, artists, academics, NGOs and citizens to protect something we all share beyond borders and species; our planet.

Mr Mordue, EU Ambassador, has written this article on behalf of the EU Member State Ambassadors to Kenya