Trump defeat in US is a reprieve for democracy 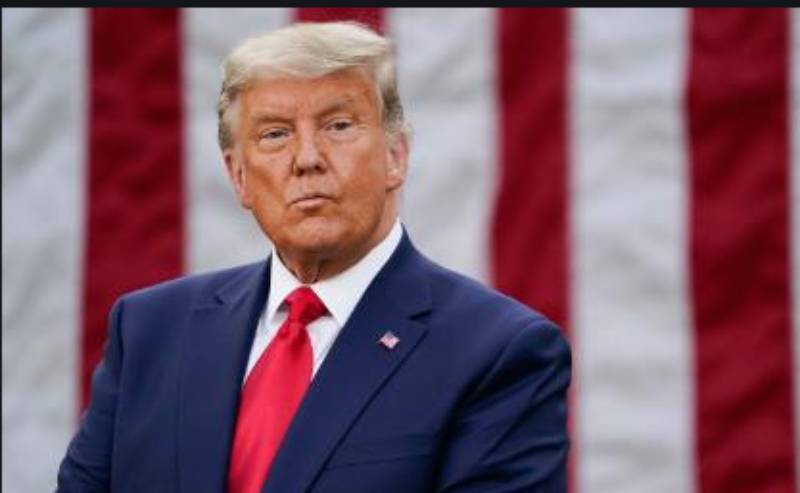 Four years ago, a mushroom rose over American democracy. Globally, the question was whether a man so incapable of courtesy and human kindness was remotely suitable to lead the most powerful nation on earth. Mr Donald John Trump’s (pictured) impetuousness, his shooting his mouth off, horrified Americans accustomed to some dignity in their Commander-In-Chief.

However, Trump’s win wasn’t an aberration. For decades an elite of the urban, educated and self-righteous had merely made itself richer and half of all Americans had become poorer, frightened by the world around them, in all its guises. They were told they had been cheated and the system that cheated them did not care. A peasants’ revolt of the sort that periodically jolts democracy out of its comfort zone, was the result.

That election took place just four months after the Brexit. On the campaign trail, Mr Trump predicted that his election would be “Brexit, plus, plus, plus” — a code for the shock given to politics in Europe, when voters rejected the failure of a perceived ruling class to deliver on its duties and promises. But both Trump supporters in America and Brexiters in Britain may have been unclear what they really wanted. But they knew what they did not want. Trump told them. He shaped a new paradigm of politics in Washington, that of insider vs outsider.

A New York wheeler-dealer — not a redneck from the backwoods — he once called for more public spending, attracting a scathing attack from the rightwing National Review as “a menace to American conservatism”. In victory, he seemed all amity and concord.

However, his policies were inconsistent. Sometimes for or against gun control, for and against abortion, for and against free trade, for Medicare and against Obamacare. And with the Republican party firmly in control of the Senate in the last autumn of his presidency, he packed the Supreme Court with a conservative majority.

The hallmark of his presidency, however, was “lying with impudence”. Aided by conservatives like Rudy Giuliani and some top Republicans in Washington, Mr Trump had a relaxed relationship with the truth. After his election, a psychotherapist said his malignant narcissism would cause him to behave dangerously and irrationally when challenged, found out or about to lose something of value. Although that is showing now, the dominant US culture seems to have learned to idolise such predators.

Mr Trump’s approach to global problems was by far ignominiously unique. He wrecked nuclear non-proliferation strategies such as the agreement with Iran. He refashioned the US’s role in the International Monetary Fund (IMF), tightening the screws on developing countries using Washington’s veto power. And like Ronald Reagan’s, his regime pursued a brazen “US self-interest” policy, the “America First”.

But Africa has, perhaps, borne the biggest brunt of his foreign policy. Understandably, he said literally nothing about Africa during his campaign in 2016, only to turn his energy later to strengthening the Pentagon’s controversial Africa Command, known as Africom. Further, he substantially retracted benefits under the Africa Growth and Opportunity Act (AGOA) and reduced US aid. Importantly, African elites who have climbed over each other to please Washington found themselves not welcome in Trump’s White House.

It appeared elusive that, four years later, he could be beaten in an election by a decent and calm politician from old school like Joe Biden. But as the historian Arthur Schlesinger liked to recall, American democracy often flies close to the flame and gets itself scorched, but it escapes the stronger for it.

-The writer is a Global Impact Fellow at Moving Worlds Institute. [email protected]