Vote based on issues, not your worst fears 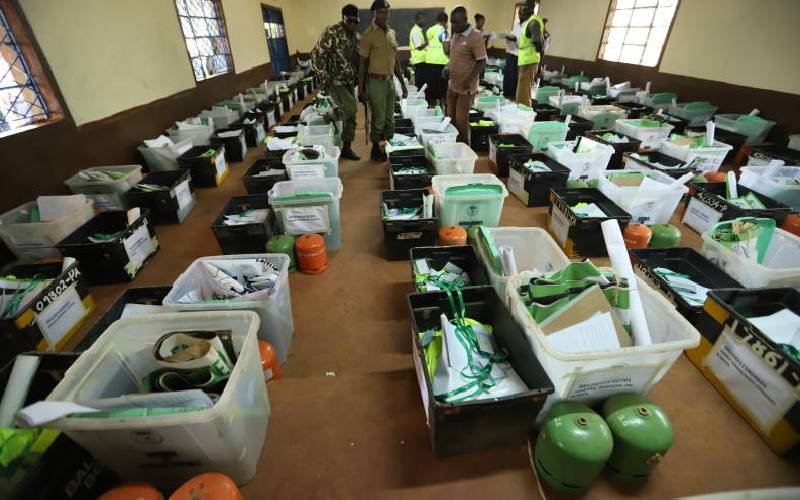 America’s recently concluded fractious elections have revealed fissures hitherto, the preserve of developing countries. The loud recriminations, disputed polls and threats of violence from armed militia groups is reminiscent of Kenya in 2008.

The election was not so much a vote for Biden as more against incumbent Donald Trump. Trump’s presidency has polarised the nation through his attacks on undocumented immigrants, political adversaries and the rule of law. Further, his odious past has repeatedly haunted him with tales of groping ladies and locker room jokes that denigrate women. It is therefore instructive that a record number of women voted for Biden, with Black women significantly boosting the numbers. It is also noteworthy that minorities helped to boost the ‘protest’ vote that may have ultimately cost Trump the presidency.

Voting against has been a feature of Kenyan politics since 2002. Mwai Kibaki’s victory against Uhuru Kenyatta’s first stab at the presidency had all the hallmarks of a Biden win. Kibaki was, at the time, unflatteringly reputed to be an indecisive person who never saw a fence he would not straddle. That he gave Kenyatta a drubbing was testament to the protest against former president Moi’s ‘Project’ as Kenyatta was then known.

For all his genius at reviving a moribund economy, Kibaki was not a popular president in his first term. He trampled all over a memorandum of understanding that sought to define and distribute power to those who contributed to his electoral victory. He suffered a resounding defeat at the 2005 referendum pitting him against half his cabinet led by Raila Odinga.

In the run-up to the presidential elections of 2013, the race was Raila Odinga’s to lose. But a series of events put paid to his attempt. First, he became the face of the unpopular Mau evictions. Notwithstanding the fact that it was a Cabinet decision with collective responsibility shared by all, Raila was blamed for evicting squatters from this important national water tower.

In addition, his detractors surreptitiously spread rumours to the effect that a Raila presidency would lead to a new land policy to the detriment of smallholder farmers. He lost votes in the populous Rift Valley. He also lost votes in Central Kenya where citizens voted against him on account of carefully crafted narratives that cast him as a bogeyman of sorts.

Despite half-hearted attempts to deny the obvious, the battle to succeed President Kenyatta is on. There is a referendum in the works that is ostensibly, meant to amend the current Constitution but is, according to some schools of thought, a precursor to what promises to be a hotly contested presidential election in 2022. Already, battle lines are drawn pitting Raila on one side, and his perennial adversary Deputy President William Ruto on the other. Raila appears to have the endorsement of Kenyatta. But will this propel him to the presidency, or will it be a poisoned chalice that will cost him his self-proclaimed ‘last bullet?’

For one, Kenyatta’s tenure has been marred by runaway corruption and an inability to grow the economy. Further, expensive loans taken for big-ticket infrastructural development have not had the intended effect of spurring growth

Rather, they have brought the country perilously close to debt-distress and are causing hardship to the vast majority who now find themselves in increasingly reduced circumstances. By throwing in his lot with Kenyatta, Raila takes a gamble on his social democratic credentials. He hopes that they will be enough to tide him through. But will the country vote for him or will they vote against a perceived Kenyatta lackey?

Lately, there has been a phalanx of hard-nosed activists with impressive reformists credentials gravitating towards Ruto. This is despite perceptions that he is the antithesis of what they stand for. Questions arise: Have Kenyans become so despondent that they will vote against those deemed to have ruined the economy? Has the essence of democracy, as envisioned by those who fought for the second liberation, been so denatured that transparency, accountability and ethical behaviour are now alien concepts, considered unattainable by most?

It is clear that Kenyans are still yet to make the imagination leap required to vote along issue-driven lines. They will vote against those who represent their worst fears, real or imagined. Until they learn to vote for society’s best elements, they have a long way to go.

By Bella Boson | 2 days ago

By Isaac Kalua | 5 days ago