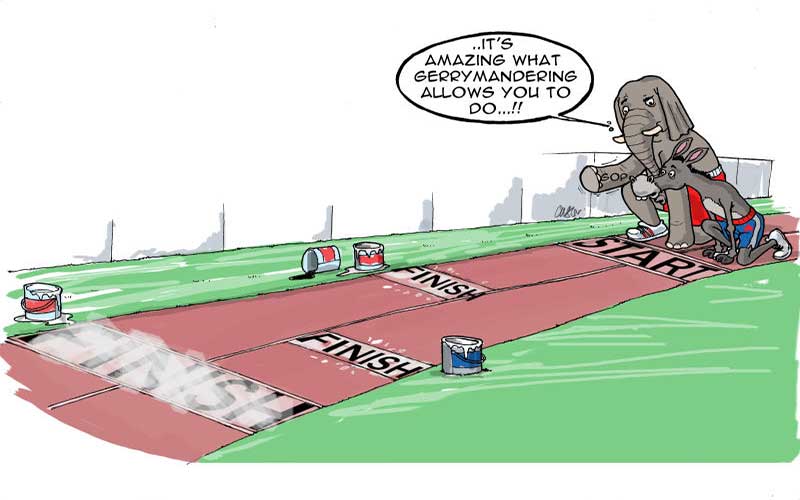 In recent months and weeks, voters around the globe have been heading to the ballot to elect various presidents.

Closer home, Tanzania concluded her polls with incumbent John Magufuli registering a thumping win dismissed by the political opposition as a sham. There were complaints of harassment of votes by state security agents during the campaigns.

What shocked me is that the Tanzanian constitution does not provide for a presidential election petition. Losers must accept the outcome of the polls as they do not have an avenue to seek redress. This constitutional gag does not augur well for democracy in Africa.

In Ivory Coast, President Alassane Ouattara won a third term in office after the opposition boycotted the polls. The contention was that Ouattara was not eligible to run in the election having served two terms. A constitutional body mandated to deal with the matter had ruled that the president was eligible because the statutes had been changed and thus his very first term was not considered.

Ouattara garnered over 94 per cent of the vote in the contest that was marred with violent protests – a painful reminder of the violence that claimed 3000 lives when Ouattara was elected for the first time.

The situation is similar in Guinea where president Alpha Conde contested for another time against the wishes of a section of the political class. The country has been battling Muslim insurgents who control large swathes of the country. Conde who is 82 years old orchestrated a constitutional amendment that allowed him to run for another term.

In the US, the incumbent, President Donald Trump has complained of election malpractices even before the last vote is counted. Trump has indicated in the past that he can only lose if the polls are rigged. He even attempted to postpone the exercise.

Trump is also accused of voter intimidation. Just before Election Day, his supporters roughly boxed in his challenger Joe Biden’s campaign bus in what is seen as an act of intimidation. With the polls indicating that Biden is on the verge of victory, Trump has vowed to challenge the vote at the Supreme Court.

In Uganda, veteran president Yoweri Museveni has started the process of retaining his seat during next year’s polls. He has warned those who are bent on fomenting chaos that he will crush them. It must also be remembered that Museveni had indicated earlier that he would not hesitate to cancel the polls should the Covid-19 situation escalate up to that time. This is a dangerous thing to do because it amounts to disregarding the law.

It is abundantly clear that that democracy is on the line in many parts of the world. As Kenya approaches her very own presidential election in 2022, we must be vigilant to acts that may derail the democratic process of choosing our leader.

As it is, the trend being set by our neighbours, Uganda and Tanzania does not give us confidence. Given that Kenyans are debating over whether to amend the Constitution, there is a perfect opportunity for Kenyans to avoid the kind of scenario that we have seen in Tanzania where not even an avenue for challenging election results is provided for by law.

What is happening in the US is a reminder to African countries that democratic principles can be abused by anybody including the leader of the free world. We must not always use the superpower as the yardstick, upon which we gauge the status of our democracy. The US election, this time round, has been characterised by all sorts of negatives-conspiracy theories, voter suppression, and racist comments among others. The determination by most American citizens to end their suffering under Trump has been demonstrated by the large turnout of those who voted early in their millions.

Kenya is at a moment where she can demonstrate that polls can be conducted peacefully and fairly. It is laudable that the president has banned political gatherings for 60 days in a bid to contain the rise of corona virus infections. This will significantly lower the political temperature in the country. Even as the debate about BBI proposal intensify, this moment of relative calm should jolt us into a rethink of the kind of polls we ought to have in 2022.

As indicated earlier, African countries that have conducted polls in the recent past have not demonstrated fairness. Kenya must not go that route because it is a recipe for chaos.

Consequently, these elections in Africa and in the US ought to serve as an example of how not to conduct presidential elections. The moment has presented itself for Kenyans to demonstrate that they have come of age and it starts with the plebiscite.

The way we go about the referendum will give us a sneak preview of how the 2022 polls will pan out. We now have to rise to the occasion and ensure that the gains we have made as far as political evolution is concerned are not lost.

-The writer is the author of Aphorisms and Poems of Light